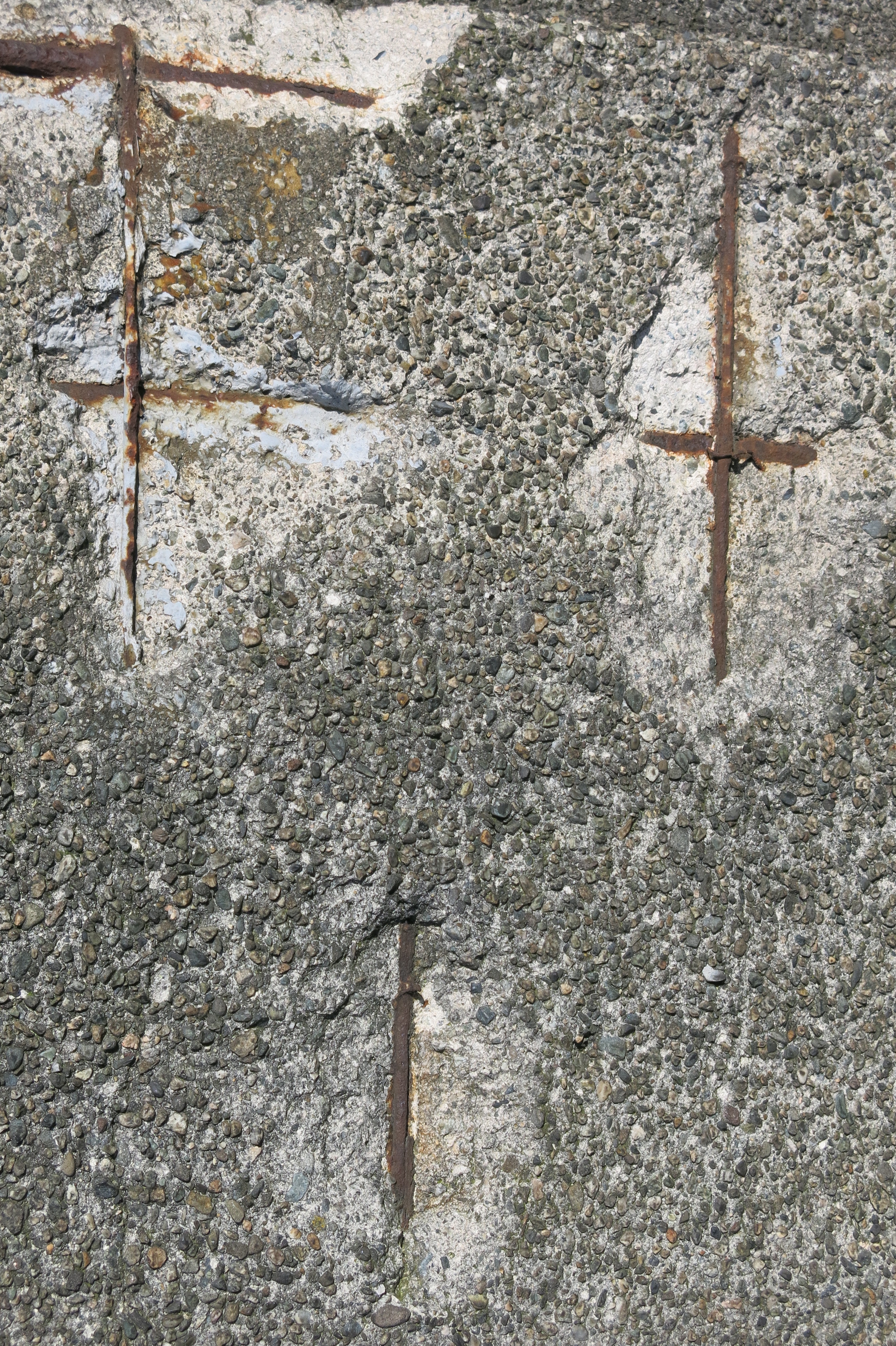 We spotted them first as we were eating breakfast. Thousands of them, all moving in one direction right across the bridge that’s held together with cross-shaped spikes in the heart of the hard places.

The next time I saw them I was only a few feet to their side, moving against their flow, so I could watch their shapes, their faces. Some ran, some walked. Children jogged alongside. Some of the runners were red-faced and sweating while others looked like they did this for a living. A dad ran with a baby in a stroller, and an older gentleman with a brace on his left knee limped along with a cane.

My eyes filled with tears though I couldn’t say why.

Perhaps it was the memory of my former housemate’s near-death experience during the same event two or three years ago, and thankfulness for the gift of a heart that faithfully beats.

Perhaps it was awareness of the greater gift of being called to run this race at all. Awareness, and the longing to run it well.

Or maybe it was the way they seemed to run as one that touched me so deeply. Each ran at their own pace, yet they were all part of a whole, with gentle and generous room for people of all ages and abilities. A girl of perhaps eight smiled as she jogged along, delighted to be part of it all. No one was less than another, no one running alone.

As I reached the end of the bridge I could see below me a ribbon of runners stretching away to the west as far as I could see. A few moments later, I passed another road where the ribbon stretched away to the east. It was as though I was being shown a picture of the followers of Jesus, stretching back through the ages and into the future, people of all ages and races and speeds, running together toward the one goal. We are part of something much bigger than our small selves.

I neared the church and read the sign outside where the week’s sermon title is usually posted. “Just keep running” it read.

We sang. (What song are you running to?)

We read: “Therefore, since we are surrounded by such a great cloud of witnesses, let us throw off everything that hinders and the sin that so easily entangles, and let us run with perseverance the race marked out for us. Let us fix our eyes on Jesus. . . “ (Heb 12:1-3)

And we listened, the pastor’s words full of challenge and encouragement.

“What kind of race? Faith.” This race is not about how fast we move, how much we do. It’s about trusting Jesus.

“’The sin’ that so easily entangles is unbelief. All other sins flow from this one.”

These weeks in particular I’ve been struggling with fear, unsure how even to understand it. Is fear simply an emotion? Is it sin? Temptation? An attempt by the enemy to take me out of the race?

I think and I pray and I think I understand:

Fear is an emotion, not itself sin, though it can flow out of the sin of unbelief or, if we feed on it, can lead us into that sin. Fear, for me, is one of the enemy’s most effective weapons, an arrow dipped in poison that can paralyze. A lens that makes me near-sighted, keeping my eyes on myself rather than on Jesus and the bigger race I’m part of. A mirror that distorts, making everything look impossible when the truth is, with God, all things are possible.

But fear can also be a wake-up call, a barbed and painfully jabbing reminder that I’m in the battle. An urgent invitation to lean harder into Jesus and look for the truth (including the truth of a living and active Jesus) rather than settling for appearances. It can be a call to look deeper, to see what I’m clinging to when I should be clinging to Him. Control? Security? The affirmation of others? Above all, fear is a call to fix my eyes again on Jesus.

We look away from the fear, which is dangerous only in its ability to distract, and look back to the One who himself faced fear and kept right on running. We fix our eyes on the One who now runs alongside us and in us, giving us His own strength and courage and teaching us to trust.

The benediction brings grateful tears: “You’re going to press through. You are. Because Jesus called you into the race and He’s going to make sure you finish.”

Ultimately, His perfect love will cast out fear. In the process, as we fix our eyes on Jesus, we discover that even so unlikely a place as fear can become a place to experience once more His perfect love. And so we run in hope, looking hard into His face and discovering the joy that comes when we find Him loving us in the tough places.

When your mind spins

When you’re needing a simpler life