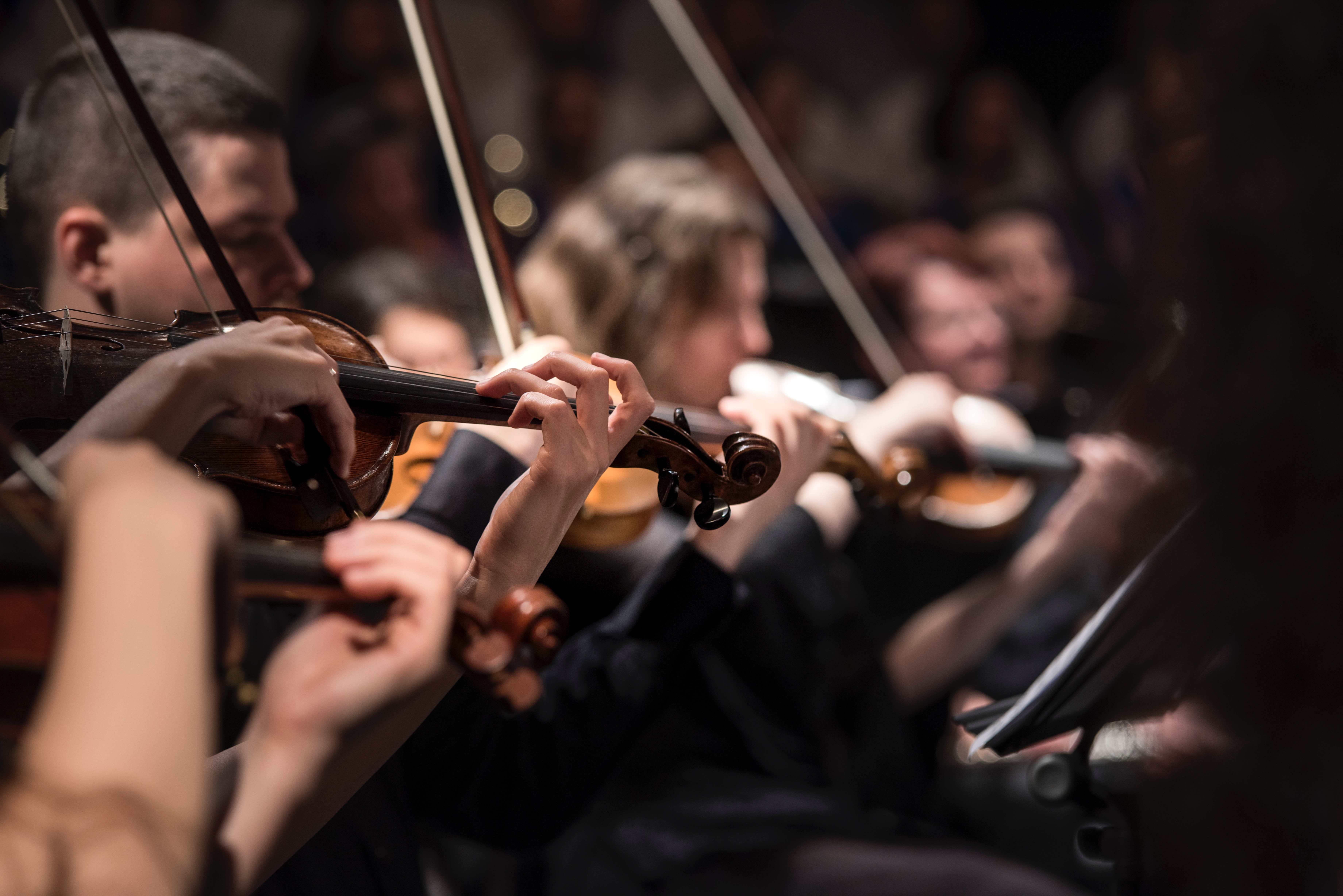 There are those moments when the fog lifts and light peeks through and I see again the Grand Story in which we all live.
One of those moments happened for me ten days ago as I sat watching a small choir and orchestra play Handel’s Messiah. I’ve seen it performed live at least ten or fifteen times. I’ve listened to it hundreds of times, singing along with it as I wash dishes. It always points me back to the Grand Story, to the place where light breaks into the darkness. But this night was different. More.
For one thing, it was being performed in a small theatre—the same size as the room in which it was first performed in 1742. The orchestra was smaller than I’m used to—only four first violins. The instruments were different too: the eighteenth-century trumpet was double the length of a modern trumpet, and have you ever heard of a violone? (It’s bigger than a cello and smaller than a bass.) But it was the preconcert talk that showed me where to look, this time, to see the brightest light.
Before the orchestra entered, four chairs were drawn up near the front of the stage, and the artistic director sat to interview the trumpeter, the tenor soloist, and the conductor. The artistic director asked the trumpeter how this performance with instruments from the eighteenth century was different than other performances, and she spoke of the leveling effect of period instruments. Even the trumpet, usually the strongest and brightest note in the orchestra, was quieter, less brilliant, one voice among all the others. Every singer, every instrument, was equal, each voice contributing to the drama that was about to unfold in front of us.
Just before the panel left the stage and the orchestra entered, the artistic director said to the conductor: “Here’s a provocative question: Do you have to be a believer to get the most out of this piece of music?” The conductor responded quickly, as though shaking off any religion that might cling to him. For him, it was a lovely piece of music that comes to life in the playing, as does any other fine piece, and that’s enough. I watched the tenor tilt his head and raise his eyebrows gently.
The players came in, instruments checked tuning, and the music began at a quick tempo. The angels came to announce the birth of the child with power and energy, the trumpet joining in, one voice among the voices of the choir of angels, adding its announcement that a King had been born. Each repeat that Handel had written into the music was played, giving us time to savor and soak in the drama.
The music slowed in the second half, and I felt Jesus’ torment as he was rejected and spat upon. I ached at my own part in the drama as I heard not only the singers, but also the violins and violas and cellos picking at Jesus, spitting in his face, plucking out his beard. What the trumpeter had said was right: every vocalist and instrumentalist had an equal voice, every one playing their own small but important part in the drama. She hadn’t warned me that the drama would come to life, enfolding me, and I would find myself aching with the alternating pain and joy as I played my part in the drama too.
The Hallelujah chorus, the dead raised incorruptible, worthy is the Lamb—the whole story was not just sung and played but lived before us. We entered it, felt it, became part of it.
There was a pause, the cry of “Worthy is the Lamb!” still ringing in the air and in our hearts. We breathed the air around the throne.
Then, slowly, the same conductor who had dismissed the truth of the story lifted his hands and held them out to each person in turn, inviting, impelling every voice, one by one, to join in the final resounding affirmation that the story is not only profoundly, shatteringly beautiful, but unquestionably true. And that the One at the centre of this drama and the centre of the throne is deserving of all my worship, all my life. The Amen began to swell as each voice, one or two or four at a time, joined in the chorus, singing all the fullness of that single, rich word. Amen: I agree with all my heart. Amen: this is true, trustworthy, the solid foundation at the centre of a shifting world. Amen: weave this truth into me, Lord, and I into it. Let it be so in me.
And in that conductor’s outstretched arms, and the response of each voice, I tasted the coming fulfilment of the promise:

“Therefore God exalted [Jesus] to the highest place
and gave him the name that is above every name,
that at the name of Jesus every knee should bow,
in heaven and on earth and under the earth,
and every tongue confess that Jesus Christ is Lord,
to the glory of God the Father.” (Philippians 2:9-10)

Photo by Larisa Birta on Unsplash.

Between truth and reconciliation