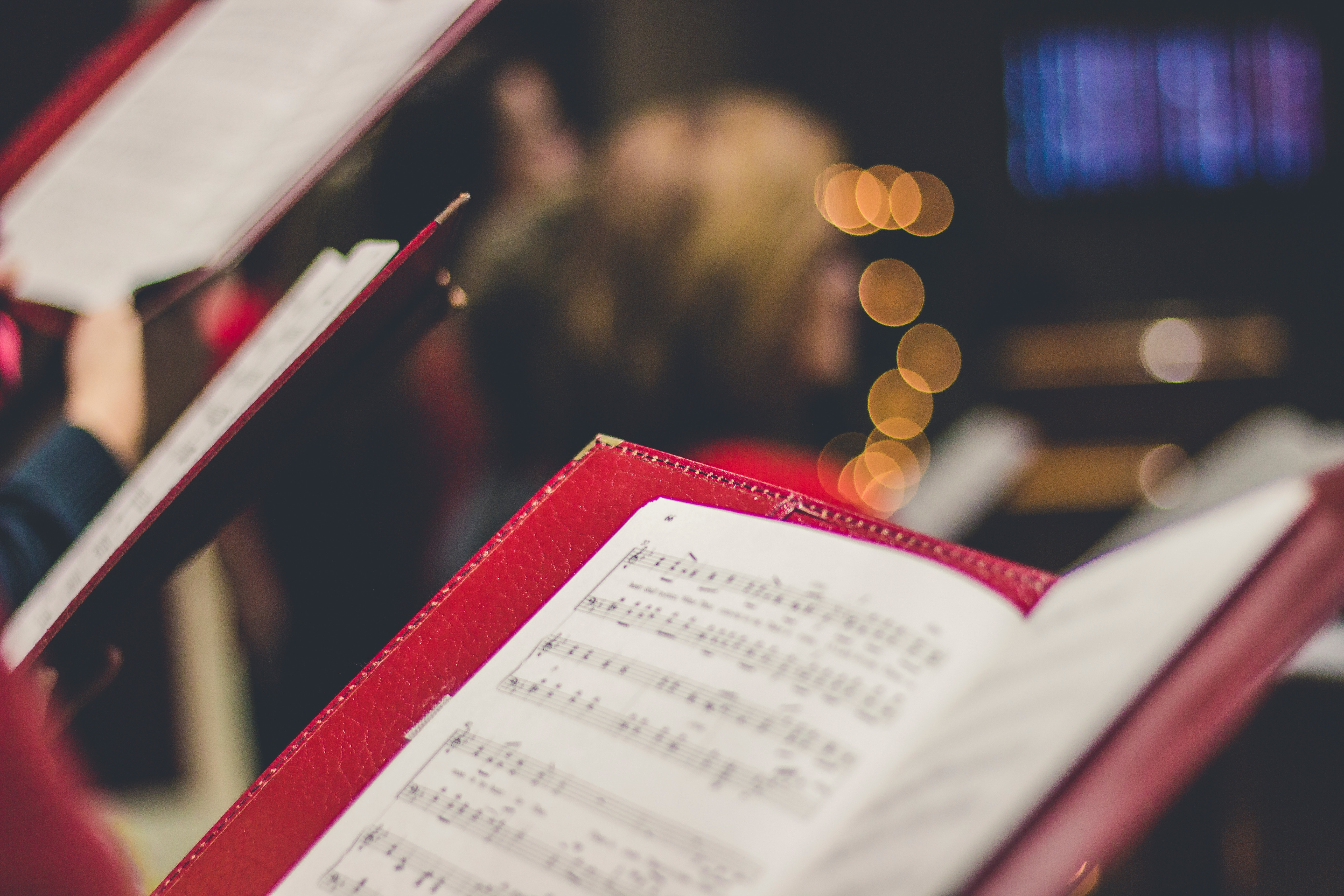 It was an unusual experience. We were high up in the balcony of the theatre. The seats directly in front of us were empty except for a woman with exceptionally tall hair. In the next row up was a family with two children. The older, a young teen, leaned her head first onto the shoulder of her mother and then onto the shoulder of the woman sitting on her other side (an older sister home from college? a young aunt?). Eventually she curled up in her seat as best she could and appeared to sleep. The younger child, perhaps eight or ten, handed her program to her sister/aunt, took it back, handed it back again. She tapped her aunt’s elbow for attention and whispered something. Occasionally she looked at the performance taking place on the stage below her.
Two women to our left chattered in whispers. The whole audience seemed restless. I’ve never seen so many individuals leave during a performance. Some re-entered.
I was frustrated and puzzled, feeling in myself, too, the inability to settle that I could see all around me. Why? What was going on? I’d been looking forward to this performance of Handel’s Messiah. As I bussed to the theatre, I’d consciously released the events of my day to God, preparing to settle in, savor the music, and let it lead me into worship. But it wasn’t happening.
Gradually I began to understand.
In the moment the orchestra began the overture, I’d felt out of breath, trying to keep up, holding onto the arms of my chair as though to slow us down, to keep us together. To keep myself together, maybe. The music had slowed when the tenor sang “Comfort ye, comfort ye my people, saith your God,” and I’d breathed deeply. The choir entered, perfectly together, singing beautifully. And then we’d sped up and again I’d felt like I needed to hold on, to slow us down with my hands as though seatbelting myself in, trying to defend against a crash. Once the conductor had stopped the orchestra a few bars in and started again. I suspect the changing tempo was meant to highlight the words, to provide helpful contrast. In effect what I experienced was auditory whiplash and an unsettled soul.
Still, there were glimpses of grace—grace that I might not have seen if I’d felt settled from the start:
A single note where the tenor hung alone, opening a moment of spaciousness whose holy grace remains with me, reminding me that beyond the hustle there is a still point. Behind the rush, the show, the frothy mix of motives and emotions, Reality waits. And He is gracious and spacious and good.
My always-favorite duet where the soprano and alto remind us that “He shall feed his flock like a shepherd: and he shall gather the lambs with his arm, and carry them in his bosom and gently lead those that are with young,” and therefore we can “Come unto him all ye that labor and are heavy laden, and he will give you rest. Take his yoke upon you, and learn of him, for he is meek and lowly of heart, and ye shall find rest unto your souls.”
And this: Three-quarters of the way through the concert, the first notes of the Hallelujah chorus sounded. Together, we stood. The people who had been restless stilled. The chatterers stopped. The teen in front of us slept on, but the two women lifted the younger child to her feet to stand with them. And as all the voices of the humans and instruments sang together, I understood all over again: Life may drag us along, stealing our breath with its speed, giving us whiplash with unexpected changes of direction or tempo. Our best attempts to make art or serve others may not turn out in the way we hoped. A performance or a project may disappoint. It is not the end of the world. Because on this truth we stand, and in this hope we once again find our center, our courage, and our voice to join with the multitude which sings around the throne:

“Hallelujah, for the Lord God omnipotent reigneth.
The kingdom of this world is become the kingdom of our Lord and of his Christ;
And he shall reign for ever and ever.
King of kings and Lord of lords.
Hallelujah.”

When you're craving rest: gifts at summer's start

How to live freely