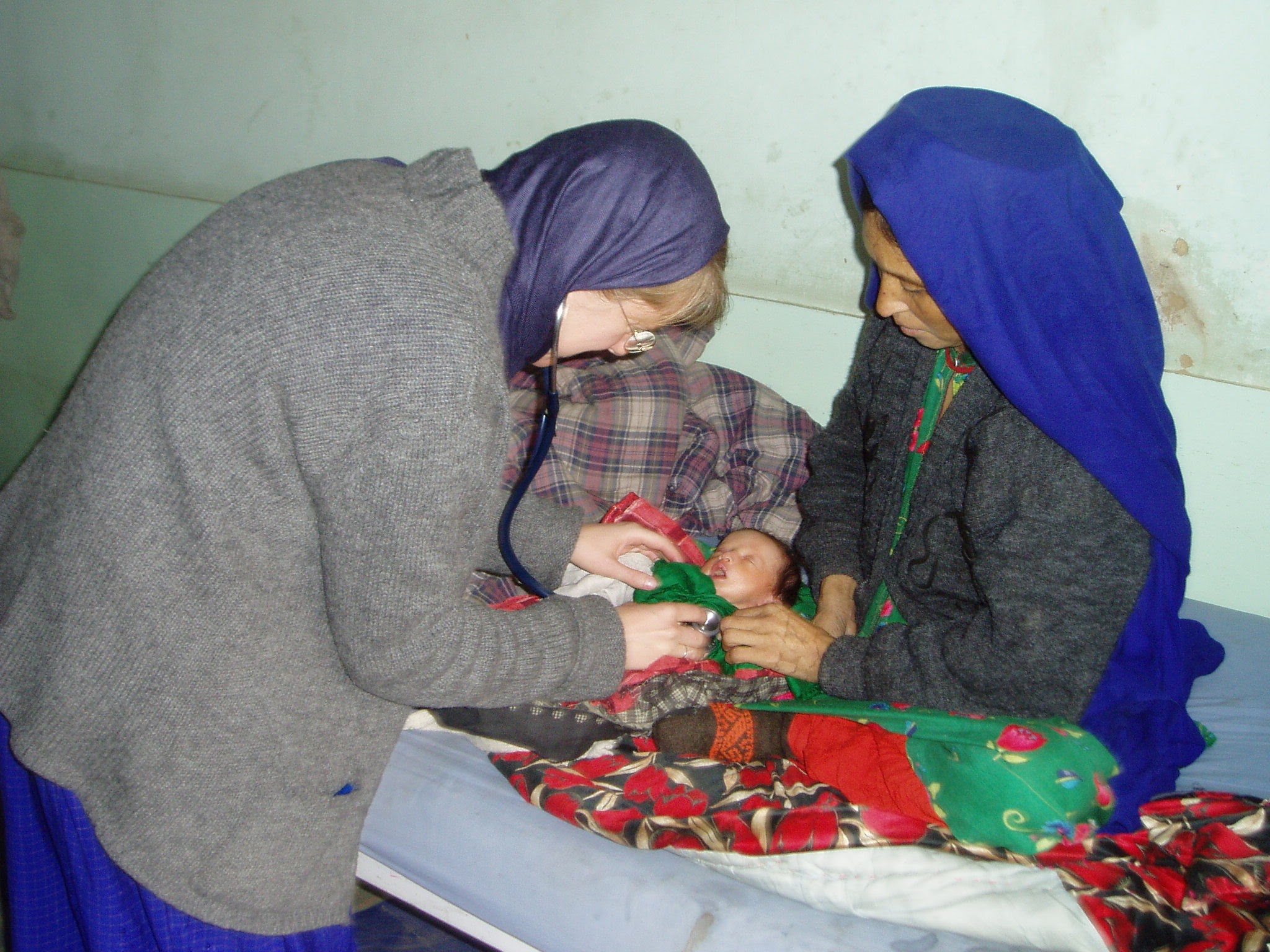 17 years, 4 months, and 26 days ago, I first stepped out of a four-seater plane onto the packed dirt airstrip high in the mountains of Afghanistan near the little village I’d call home for four years. At over 9000 feet, the early morning air was crisp, and I tugged my headscarf tight against the cold as I stood in awe at the beauty of this place to which I’d felt called. The curiosity in the faces of the children who crouched at the edge of the airstrip, the red stripe in the mountain nearby, the clear, cold air and brightness of the blue sky—I was finally here and I could hardly believe the privilege of it.

The little medical project that I was joining had been open again for five years, after a break of two and half decades during which the villagers had kept the runway open, hoping against hope that the foreigners would return. The reason for that twenty-five year break? Security in the area had been bad enough that the foreigners had been evacuated.

These past few months I’ve been watching as the foreigners have again had to leave the village, and then the country. I’ve been listening as the teenage son of one of my Afghan friends has poured out to me his fear for himself, his mother, his three younger sisters. He’s bright—the top of his class—and I’ve been awed to see what he has built from scraps that we would throw away. He works hard, and his English is good enough that I’ve conversed with him as I would with any other teenager, not worrying about finding simple words to make sure he understands.

Ten months ago, he lost his grandmother to covid.

Five months ago, the school his sisters attend was bombed. They weren’t hurt—at least not physically—but eighty people died and another hundred were wounded.

A month ago he saw Taliban vehicles on their street. He wrote me, pleading with me to help them get out of the country. His mother wrote me too, and wrote again, in her broken English, begging for the same thing, afraid that we will forget them.

Wild Dogs and a Baby

Their terror reminds me of my own on the night before he was born. I’d walked up to the hospital at midnight to examine his mother who was in early labor. The moon was full. Its light glinted off the eyes of a village dog standing, tense, near the path. I’d never been bothered by the dogs before, so I kept walking. A snarl, the sound of tearing fabric, the burn of teeth entering the flesh behind my knee. Several other dogs joined the fray as I turned in tight circles, swinging my backpack low around my legs to defend myself against the dogs determined to finish the kill.

The baby was born the next day, while I was on my way to Kabul for booster shots for the series of “just in case” rabies vaccines I’d had before my arrival. He was the first child born to my friend who’d been trying for five years to have a baby. I have a picture of him cradled, content and alert, in his mother’s arms, her eyes shining. Now it’s fear that I hear, and sadness.

The night of the dogs I had a backpack to swing, something to do. And a rare flight already booked the next day with a spare seat so I could take my still-shaking self out of the village and reach the hands holding the rabies shots. As though God already knew I’d need a way out.

Now I see. I hear. I want to reach out and pull my friends to safety, or find some way to protect them where they are. And not just them, but the millions of others who cling in desperation to plane wings or look for a place to hide from their own fear and its various causes.

I ache with the sense that they feel abandoned, the desire to help them find hope. I want them to know that even in the midst of their worst nightmare they are loved, held. But how can I show that when borders are closed, planes have left, and even those with papers haven’t made it out? I can’t get close enough to stretch out my hand to them. And now they’ve gone silent—probably appropriately so, since further connection with a foreigner might endanger them.

When Hands are Empty and Arms Don’t Reach

How do I sit in this ache, knowing that their ache is immensely greater? How do I love with arms that can’t reach?

I don’t have answers to all the questions. I do choose to cling, again, to the One who offers Himself instead of answers.

In my own life, I know that the hardest times have pressed me closest to the One whose arms do reach. I pray that it will be the same for my friends. Because this I know: When the foreigners left, God did not leave.

And when God sees and hears the cries of those he has created, he not only wants to help, he is able. He stoops down, comes close. Sometimes he puts his words in the mouth of a man, his miracles in his hand, sending Moses to confront Pharaoh.

Sometimes he comes himself, dimly, perhaps, in dreams and visions, or as the Old Testament Angel of the Lord.

Sometimes he comes face to face, God being born into the midst of the violence and oppression, the fear and hatred, taking it on himself, into himself.

I’m not sure which means more to me today, that he fully feels the pain of those who cry out, suffering with them, or that in taking the evil into himself and letting it do its worst to him, he crushes it, turning death to life and despair to hope. Both. We need both. Shared suffering, and an ultimate end to it.

Often, there in Afghanistan, my hands were full—delivering a stuck baby, stopping a postpartum hemorrhage, treating a fever. Now my hands are 10,000 km away from the friends I love. I can no longer reach out to palpate an abdomen, pick up a scalpel, or comfort with a touch. I can only hold my empty hands open in prayer, lifting to God each person I love. Each person he loves. Each person he loves enough to let his own hands be nailed by the evil that crushes us, to, eventually, end it completely.

When my own hands are empty, I cling harder to the Hand that reaches for me, and that I trust is reaching to my friends as well.  This week I’ve repeatedly sung along with my sister and her eldest son, their prayer first for myself—“Lord, I need you, how I need you”—and then as a shared prayer for those I love—“Lord, we need you, how we need you, every hour we need you.”

Often, my cry is simply, “Lord, have mercy.”

Or “Show them your hands, your heart.”

I ask this knowing that God is love.

And that while others may think they’re on the throne, ultimately God is.

He has a habit of working behind the scenes in hidden ways.

He delights to answer the prayers of his people.

And to surprise them with how he answers.

P.S. While the news about Afghanistan was hitting the headlines, I was home with my family for a visit. In the midst of all the uncertainty and pain in the world, it was such a gift to participate in the recording my sister was doing to encourage and bless people as well as raise support for her ministry with Journey Canada. Each song is to me a reminder of Who is at the center of the story that we’re all living. If you want to hear more, here’s that link again to “Lord, I Need You,” and here’s my nine-year-old nephew singing “Jesus Loves Me” with my sister. Since he was tiny, he has asked her to sing it almost every day, and it’s so good for me to be reminded of this foundational truth. Here my sister plays and sings “Come as you are” while I accompany her on the viola. That four-word invitation, “Come as you are,” is one I need to hear again and again and again! There are other songs and intro videos here on her project page, and more videos (including “Great is Thy Faithfulness” sung and played as a family) will be added over the next few days.

When you don’t see God’s answers