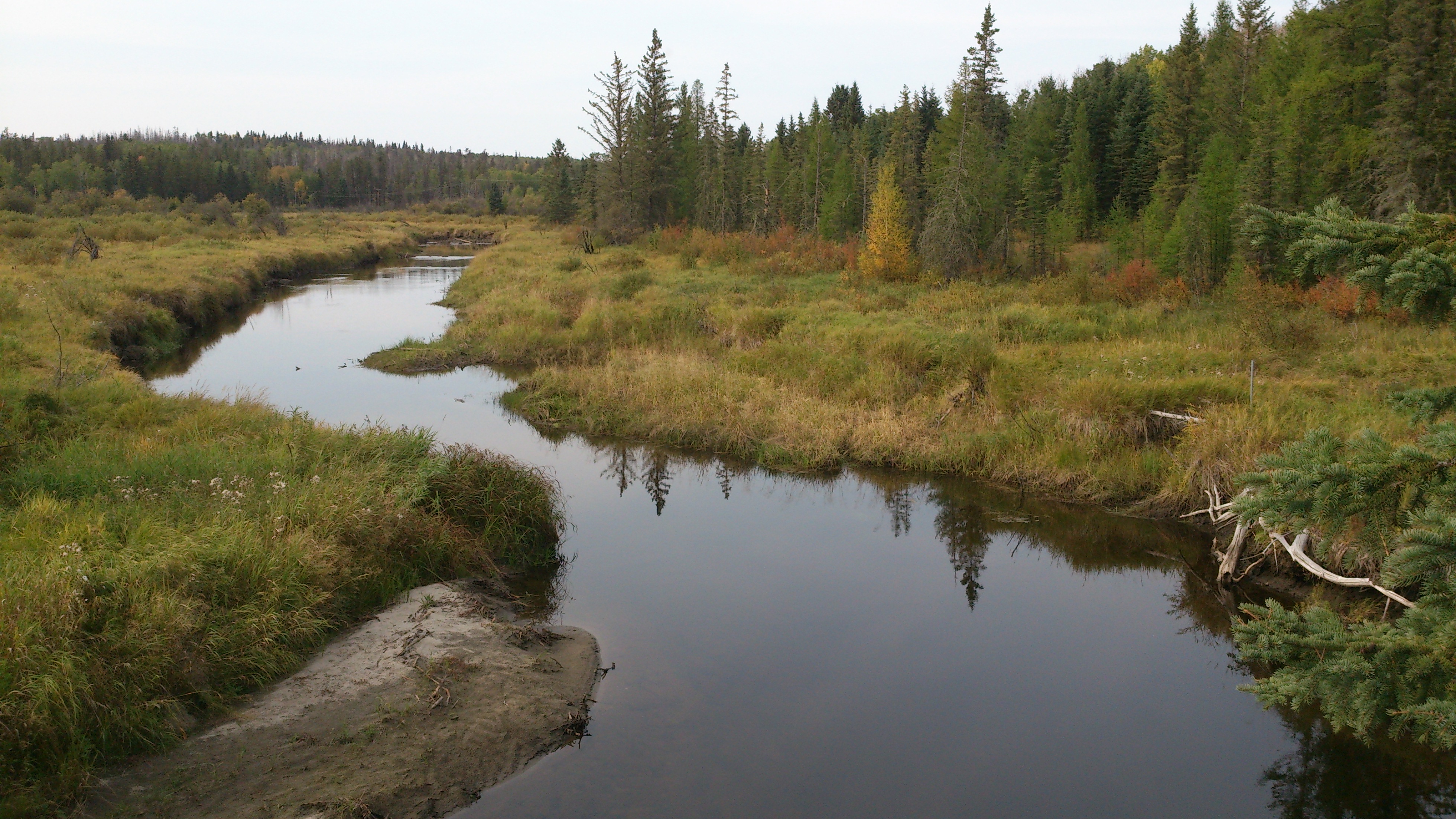 There’s something about being out of the city that gives me life.
Maybe it’s the silence, or at least the exchange of engines roaring on the streets outside my window and heavy feet on the floor above my head for the gentler sounds of birdsong and wind in the leaves.
Maybe it’s that, immersed in the expansiveness of creation, I slow enough to remember myself small again, in a good way, and hand over the burdens meant for God’s shoulders.  There in that smallness I find myself part of this world which goes on minute by minute being created and sustained in love.
Maybe it’s the rich beauty that summons and soothes and draws me toward the One who is Beauty itself.
Whatever the mix of reasons, some nameable, some not, I come a little more alive when I can run in the woods or walk on the beach or drive along roads framed with white trunks and hay bales and the sun playing on water. 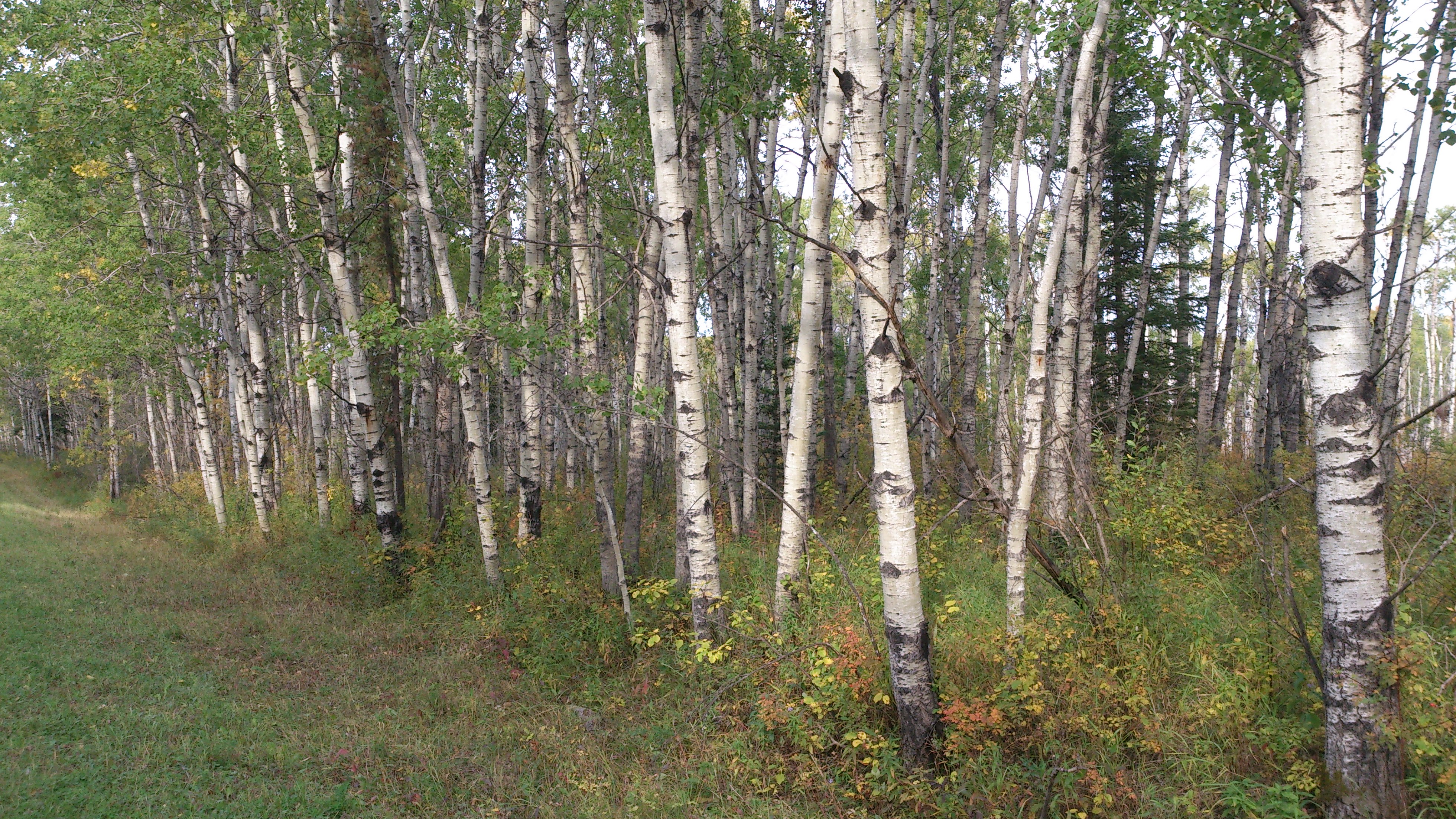 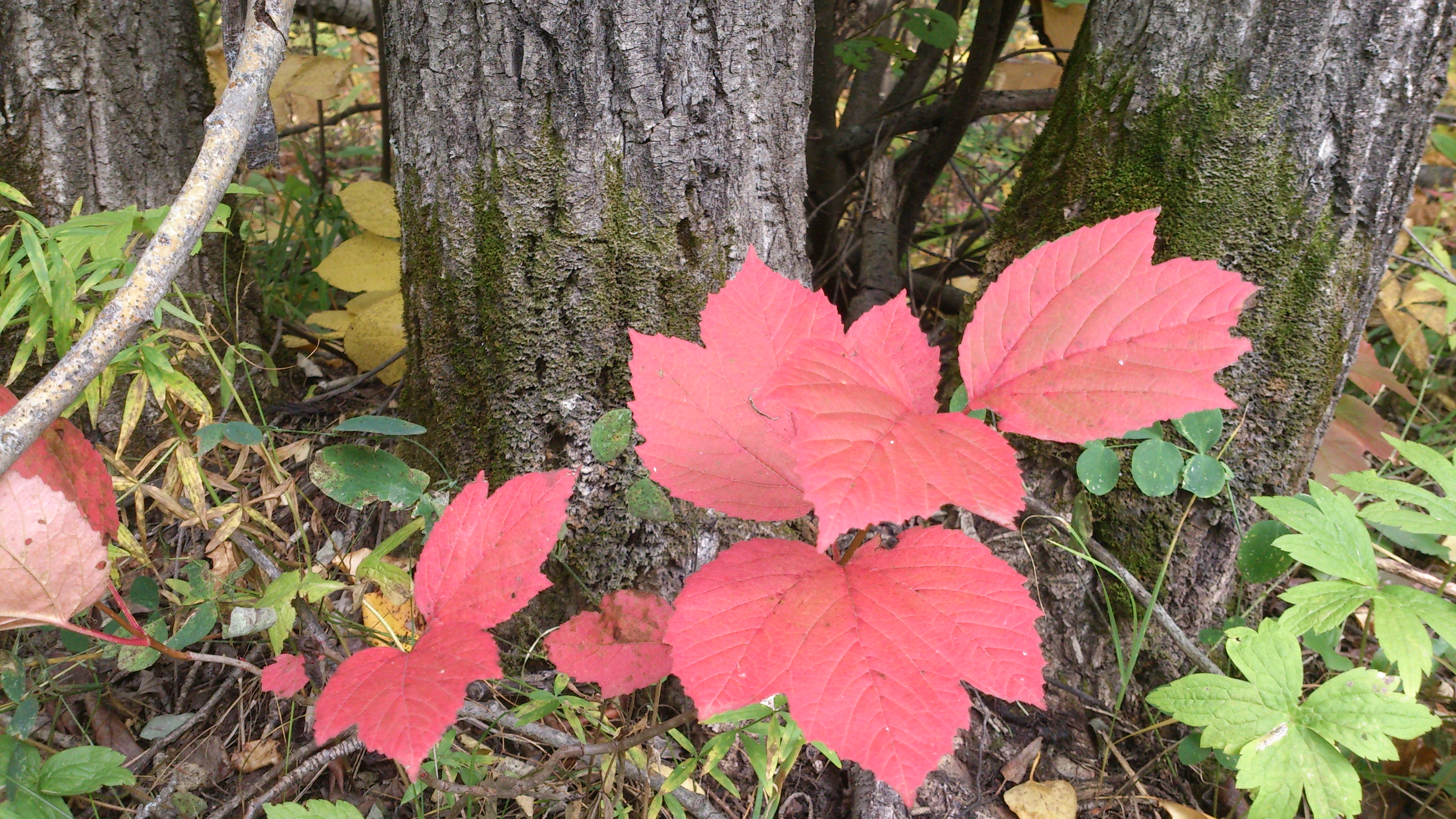 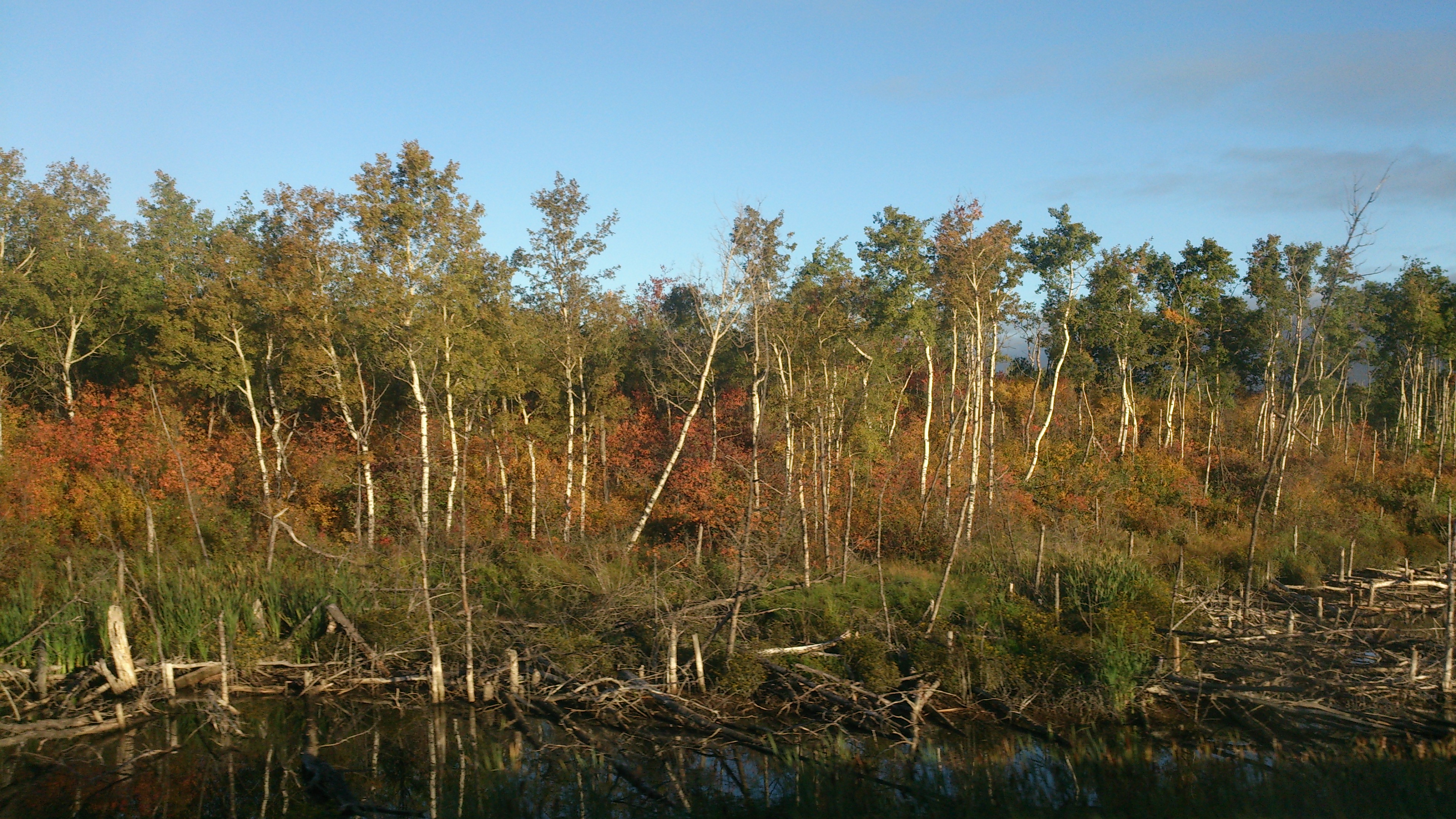 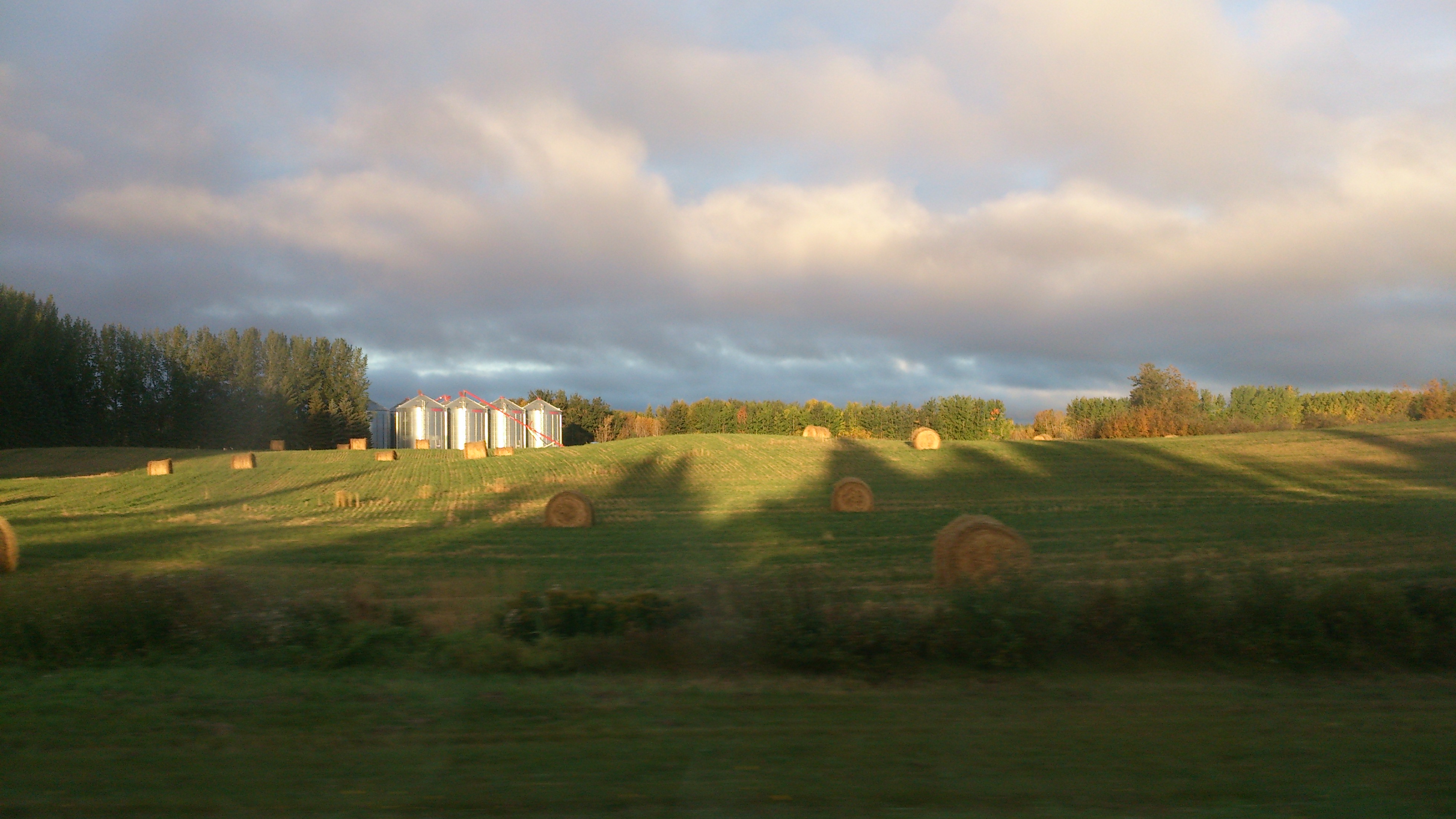 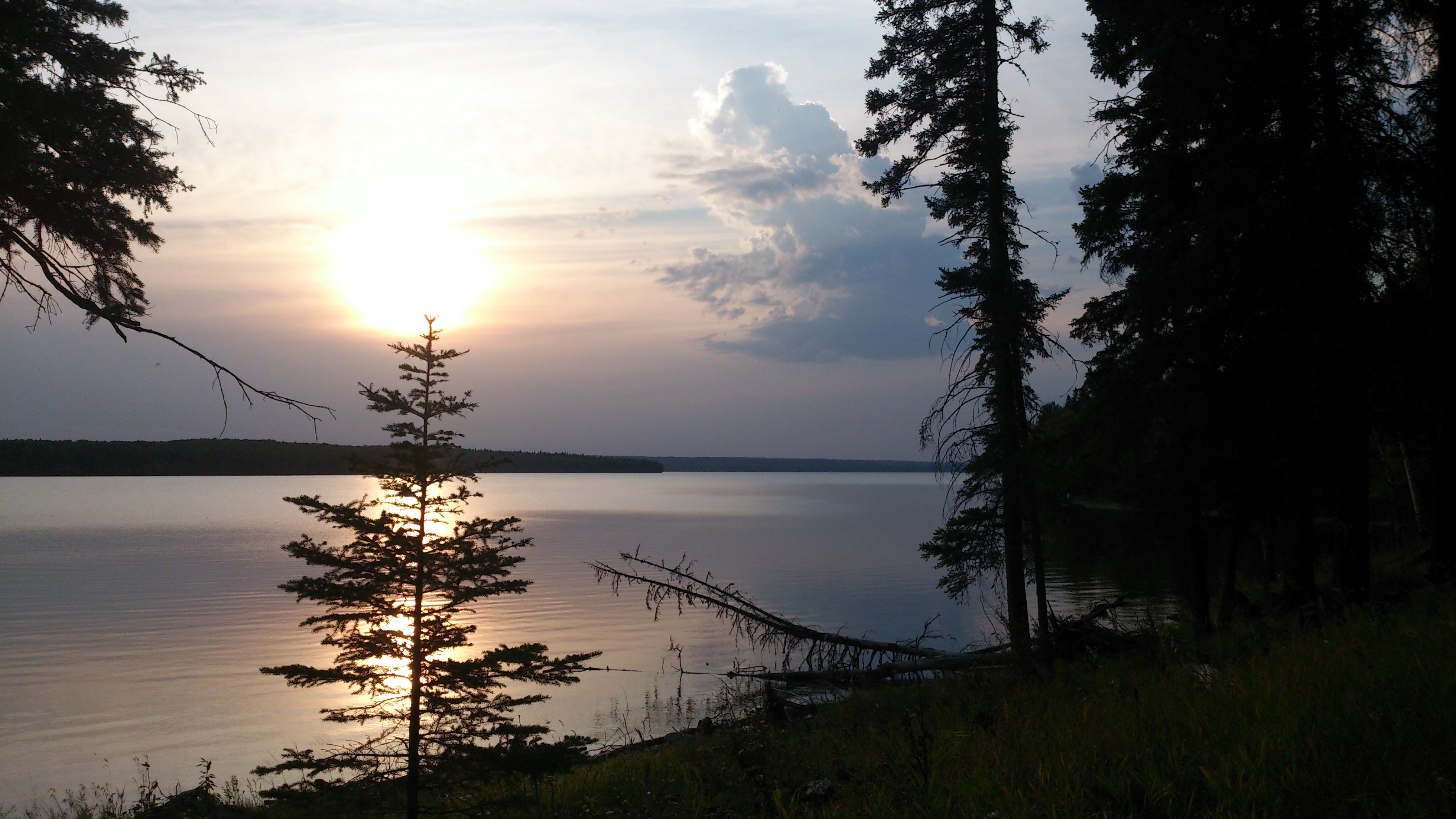 On the early morning ride back to the airport, the sun played tag with the fine morning mist, darting, disappearing, leaving a trail of gentle brightness behind her. 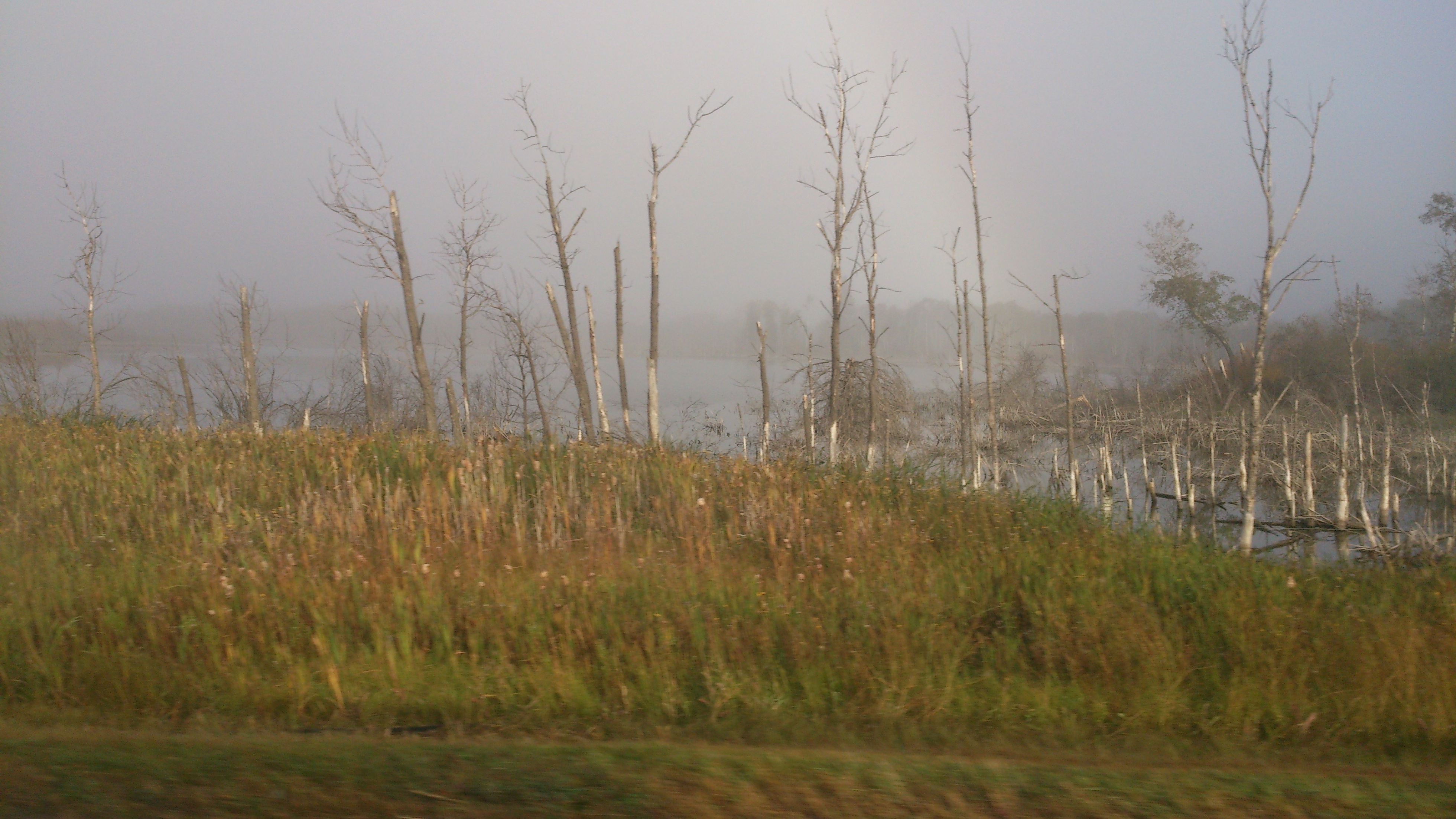 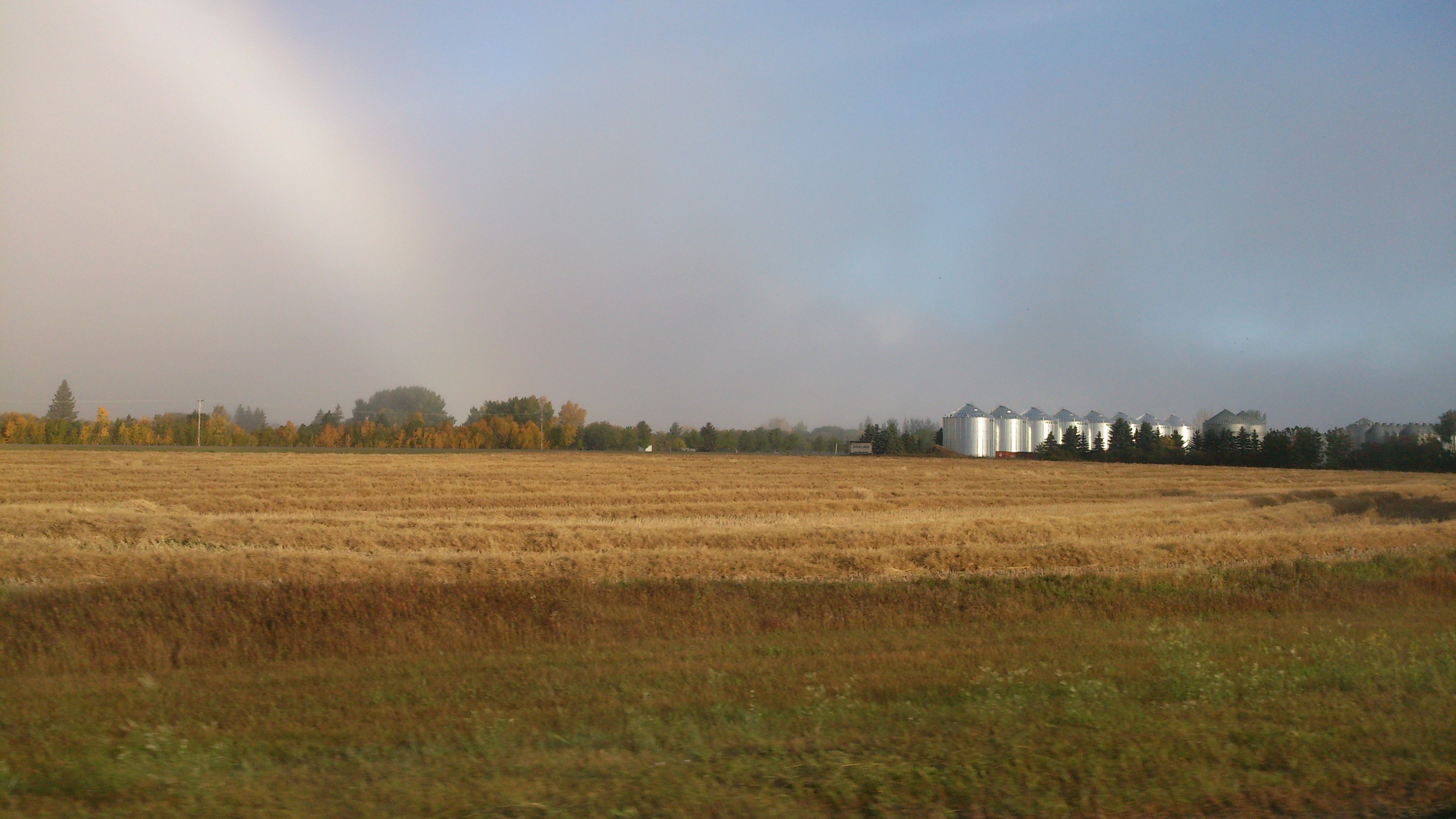 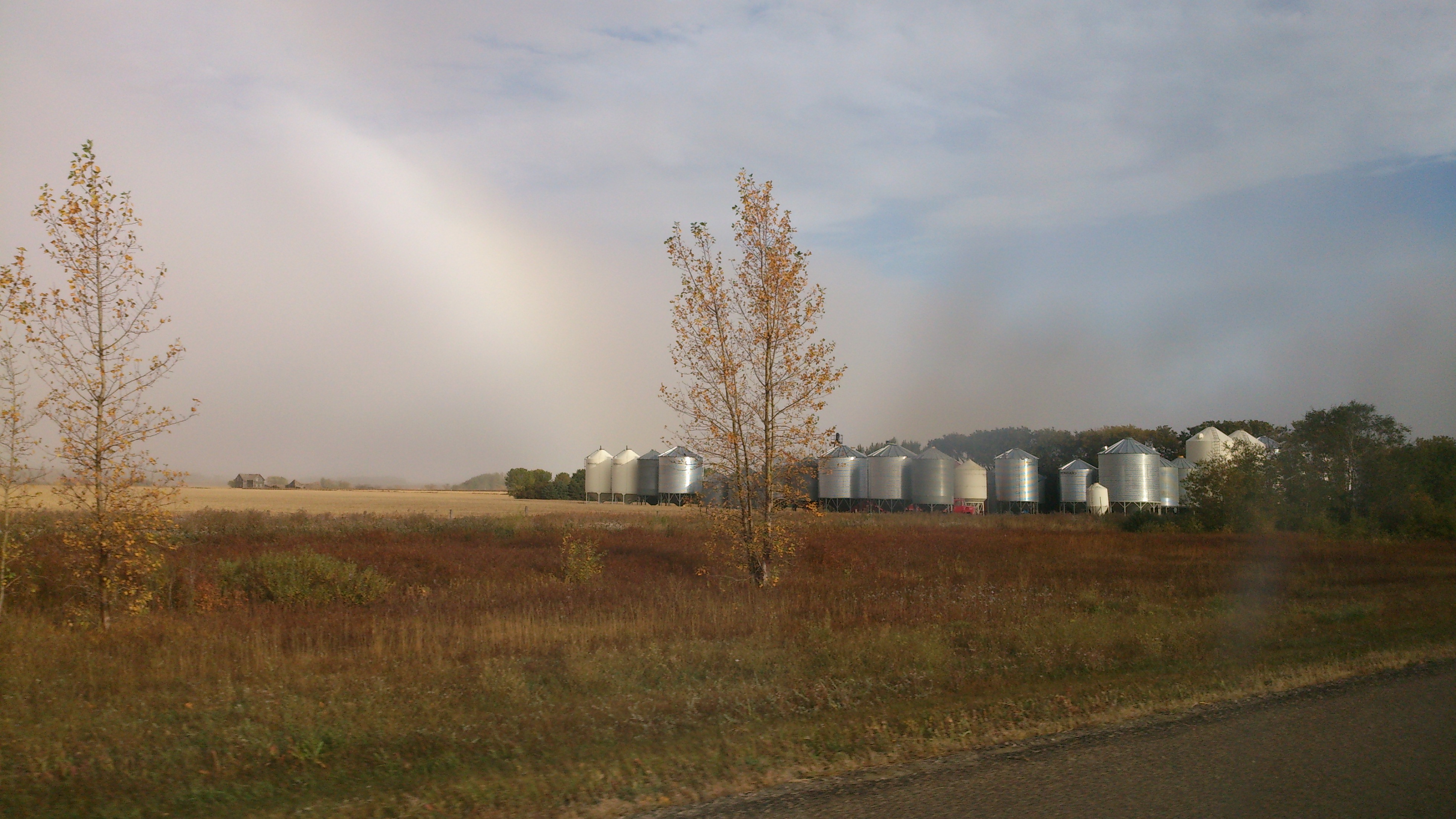 What could have felt like a long drive filled with sadness to be leaving was instead a joyful play of light and shadow, a final life-filled gift from the One who knows me well as I headed back into the city and into a busier stretch.
I know you. I love you. I am going with you and I will give you rest.
The day after I arrived home, not feeling quite ready to plunge into the fall busyness, the mailman knocked on my door and handed me a gift that was as unexpected and as grace-filled as the early morning hint of a rainbow and the empty seats beside me on both of my flights home.
I know what you need and I delight to give it to you.
The gift the mailman handed me was Ruth Haley Barton’s Invitation to Retreat.
I love pretty much anything Ruth Haley Barton writes, and her newest book is no exception. It’s warm and welcoming and freeing, offering, as all her books do, not only life-giving encouragement and gentle challenge, but wise steps and insightful questions to help me move forward. She begins by lifting the burden of retreat being yet another heavy ‘should’. It is, rather, an invitation, with the implications of freedom to say yes or no, and the affirmation that I am wanted.

“. . .[W]e know instinctively that to be invited means we are wanted, and, in the very best scenario, wanted by someone we find interesting, intriguing, or just plain cool.
And that is exactly what makes the invitation to retreat so compelling. It is a winsome call from this intriguing person we call God—the One who loves us, the One who is inexplicably drawn to us, the One who knows so intimately what we need in order to be well.” (p. 3)

I long for quiet time alone with God in much the same way I look forward to the times I can escape the bustle of the city. I know I need still time to keep hearing God’s voice and to keep from wearing out, and I do my best to prioritize it. But, even knowing that as deeply as I do, sometimes a persistent little voice still tries to convince me that retreating is selfish or lazy or just plain impractical.
What that little voice fails to remember is that retreat is not my idea. It is Jesus’ idea.
Right smack in the middle of the disciples’ first ministry report (Mark 6:30-31), when the disciples were all excited about what they had been able to do and eager to get on with it,

“Jesus invites them to retreat. Literally! His words, ‘Come away to a deserted place. . . and rest a while,’ shut down the conversation they wanted to have and redirected it to the conversation Jesus wanted to have—about retreat! I can see them ceasing their breathless chatter, cocking their heads a bit in disbelief and thinking, Well, that’s different! What a wonder it is, as Jesus’ disciples, to be invited by him to conversation and communion, self-care and replenishment.” (p. 3)

The One who knows me better than I know myself, knows my tendency to lose my way and think too much depends on me, gently interrupts my chatter about the article I’m writing and the workshops I’m preparing. He sees my mix of excitement and weariness and my need and longing to step back and be re-centered in who He is before moving any further into the busyness of the fall, and He graciously calls me to close the door and turn off the phone and the laptop and let Him settle and recenter me in His love. He reminds me once more that this is not a luxury, but a necessity, a part of being human. And that He has led the way.

“Of all people who might have been able to convince themselves they did not need to retreat in order to hear God, Jesus would have fit the bill. But instead we see him regularly retreating to the mountain, into the wilderness, across the lake, and into the garden in order to stay in tune with God’s heart and plan for him.” (p. 90)

Hope for the messy moments