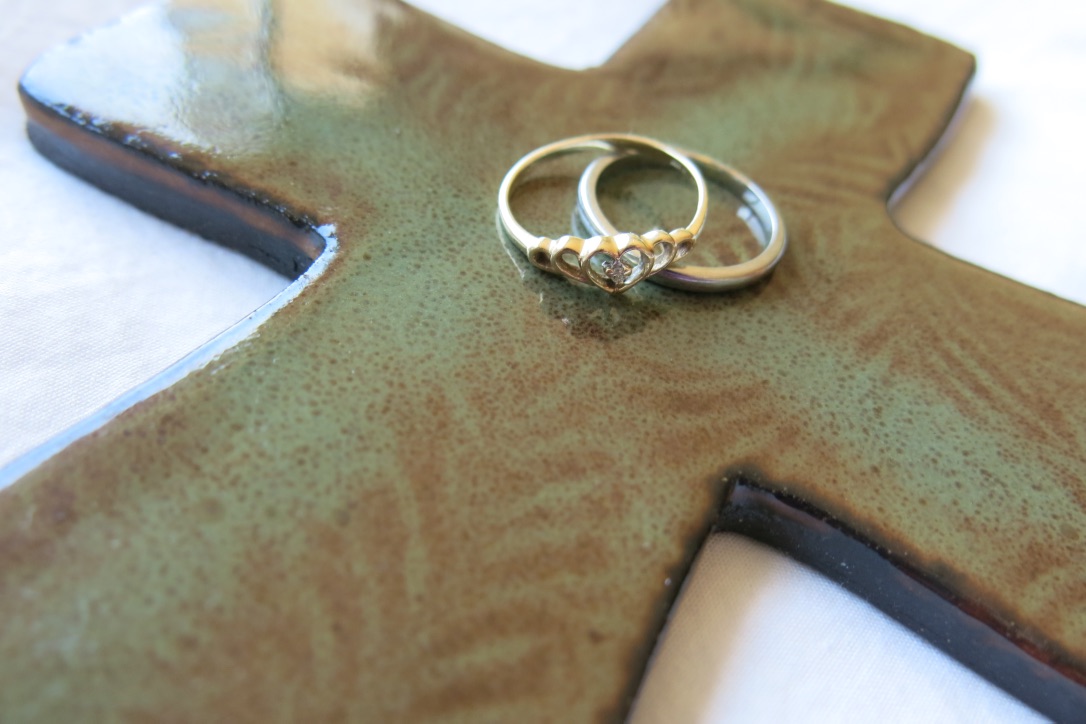 We’re almost two weeks into Lent and I’m continuing to ponder this marvel: Jesus and his Father chose us to be the bride of Christ.1

Even though my head knows that Jesus came and joined himself to us to bring us into his place in the Trinity—sons and daughters of God along with him, heirs with him, the Father loving us as He loves his Son—sometimes old patterns of thinking and feeling trip me up and I still feel like an outsider to the Trinity. In those times, Paul’s startling declaration in Ephesians 5 is helping me:

“’For this reason, a man will leave his father and mother and be united to his wife, and the two will become one flesh.’ This is a profound mystery, but I am talking about Christ and the church.” (Ephesians 5:31-32)

When Paul said, “This is a profound mystery,” he wasn’t just referring to Christ and the church becoming one (a mystery that I suspect we’ll ponder into eternity), but to Jesus, at least temporarily, “leaving his father and mother” to do so.

There on the cross, Jesus entrusted his mother to John, a new son to care for her in his place. He left his mother to be joined to us.

And Jesus also left his Father, with whom he had been one for all of eternity, to be united to us. He didn’t just leave heaven. He chose to be united to us even though, in those hours on the cross, he would feel an excruciating separation from his Father: “My God, my God, why have you forsaken me?”

When it came right down to it, there in the garden and on the cross, in accordance with his Father’s will, Jesus chose us, not over faithfulness to his Father, but, at least for a while, over closeness to him.

We’re not just tacked onto the outside of the “in” group, added on to existing relationships which carried on unchanged. Jesus left Father and mother and became one flesh with us in a way that both he and his parents felt the full tearing of grief—as well as the joy of receiving someone new into the family.

When we were outside the fellowship of the Trinity, Jesus came to us where we were, joining himself to us and carrying away all that kept us outside. Now, as surely as Jesus sits with his Father in the inner circle of the Trinity, we sit there with him, his Father ours because we are Jesus’ bride, one flesh and one spirit with him.

[God] raised us from the dead along with Christ and seated us with him in the heavenly realms because we are united with Christ Jesus.

Now God has us where he wants us, with all the time in this world and the next to shower grace and kindness upon us in Christ Jesus. (Eph 2:6 NLT and 2:7 The Message)

1For those who missed it last time, here’s a link to a five-minute video that I prepared for my church family, sharing the wonder that in the days leading up to the cross, Jesus seemed to have a wedding on his mind.

One word your fall can’t do without