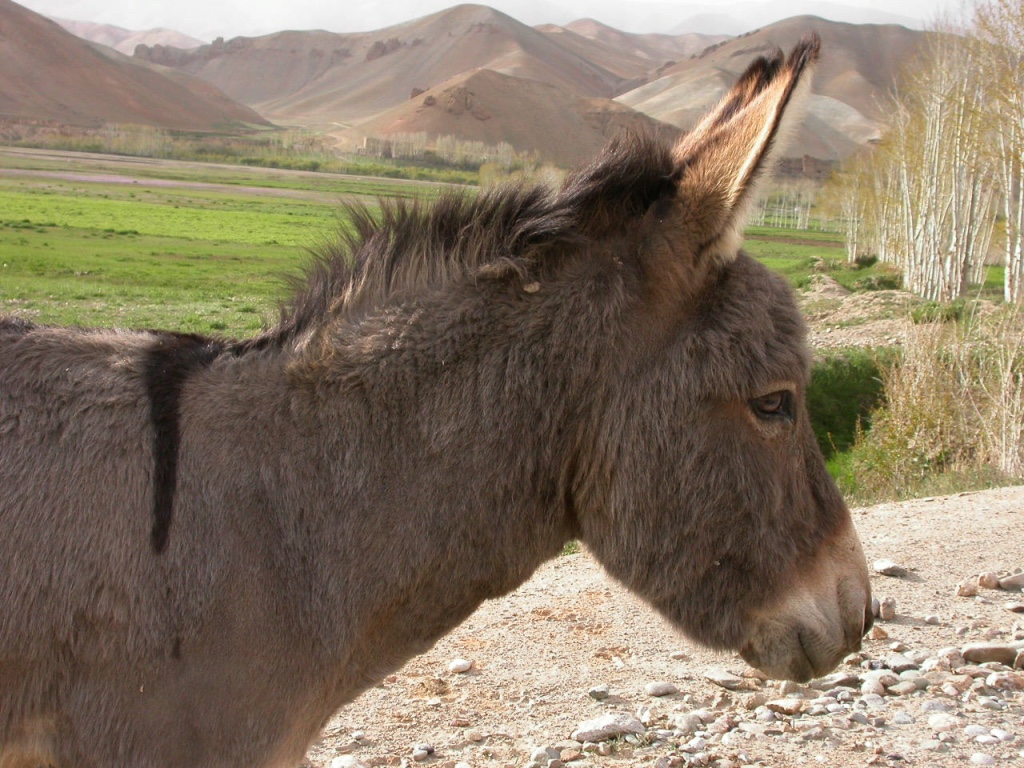 Of all of God’s traits, I’ve probably written the most about his gentleness. Over the last dozen years, it has been God’s persistent, gentle welcome that has most often softened me and taught me to trust that he really loves me.

But lately I find myself reminded that God is also a God who wrestles with us. He gives us everything – His whole self and kingdom – and he demands our whole selves too. Grace not only forgives and gives rest; it transforms and calls us to holiness.

One of those (I’ll let you guess which), is more comfortable for me than the other. I dislike conflict, and while it’s true that challenge, done well, doesn’t always lead to conflict, it can. Just look at Jesus. But the reality is that sometimes things need to be confronted. And in facing this tension, two animals—a canary and a donkey—are helping me understand the importance of speaking up.

A Canary in a Coal Mine

Canaries used to be taken down into a coal mine with the miners. When the canary stopped singing and fell off its perch, the miners knew there was carbon monoxide or another toxic gas around and were able to escape before they themselves were harmed. (And yes, often they were able to revive the canary with oxygen as well.)

Highly sensitive people sometimes play a similar role in relationships. being affected by a challenging situation before others around them. While this can at times be frustrating for the person affected and for the others in the situation, it can also be a gift with potential to help protect all the parties in the relationship. But it can best serve as a gift to others (while at the same time keeping the canary alive) when the canary learns to speak up and sometimes even be a bit like a donkey. Balaam’s donkey, to be specific.

The story of Balaam is found in Numbers 22-24. Balaam’s reputation as a powerful priest-diviner has gone before him, and Balak, the king of Moab, sends for Balaam to come and curse the surrounding armies of Israel. God tells Balaam not to go because the people of Israel have been blessed. Balaam sends the servants away. But Balak isn’t so easily deterred. He sends a larger group of servants with promises of a greater reward. “Anything you say, I’ll do, Balaam. Just come curse these people for me” (Num 22:17).

Tempted, Balaam tells the servants to wait while he goes back to see if God might, just maybe, give him a different answer this time, one that might allow him to be obedient and profit financially (2 Peter 2:15-16). God gives him permission to go—on the condition that Balaam says only what God tells him to say. But God, knowing Balaam’s greed, is angry (v. 22).

This is where Balaam’s donkey comes into the picture.

Balaam mounts to ride with the servants. His usually faithful donkey turns off the road into a field. Balaam beats her.

A bit farther along, in a narrow space between two vineyards, the donkey presses Balaam up against a wall, crushing his foot. He beats her again.

A bit later, she lies right down under Balaam, refusing to go further. And, as Balaam beats her again, God gives the donkey speech:

Donkey: “What have I ever done to you that you have beat me these three times?”

Balaam: “You’ve been playing games with me! If I had a sword I would have killed you by now.”

Donkey: “Am I not your trusty donkey on whom you’ve ridden for years right up until now? Have I ever done anything like this to you before? Have I?”

Then the God who opened the donkey’s mouth opens the prophet’s eyes and he sees the angel of the Lord. The angel informs him that he has been blocking the path with a sword because Balaam is on a fool’s journey, and Balaam’s donkey has three times saved Balaam’s life.

Balaam repents and asks if he should turn around, and the angel says, “No, keep going, but make sure you only say what I tell you to say.” Balaam carries on.

Repeatedly, Balak asks him to curse the Israelites. Repeatedly, God puts words of blessing in Balaam’s mouth, and Balaam faithfully speaks them until Balak finally realizes he’s not going to get his way and says, “Fine then, don’t say anything. If you won’t curse the Israelites, at least don’t bless them!” But by then, Balaam is used to faithfully listening and speaking God’s words, and he has several more things to say to Balaam before he leaves (Num 24:10-25).

I love that it’s the donkey, not the trained seer, who sees the angel of the Lord and responds. There’s no room for pride when we see. (Or when we think we do.) It takes the same supernatural power to open the eyes even of someone experienced in speaking for God as it does to give words to a donkey. Any revelation, any situation we might see clearly, is gift.

I love that the donkey, driving Balaam crazy with his apparent stubbornness and the pain and humiliation he is causing him, is actually saving his life. There are times God prompts us to holy, life-saving stubbornness.

And I love that as Balaam listens to God, understands more of his character, and speaks his words, his confidence increases.

The first time he speaks, he asks questions, “How can I curse those whom God has not cursed?” (Numbers 23:8)

The second time, he addresses Balak directly, and declares God’s character, “Arise, Balak, and listen. . . God is not a man, that he should lie, nor a son of man, that he should change his mind” (Num 23:18-19). (It seems Balaam has learned something about God since his repeated requests to see if he might get a different answer from God if he asked again after being given a very clear answer!)

By the third and fourth time he speaks, his identity is becoming more clearly attached to God, “The oracle of Balaam son of Beor, the oracle of one whose eye sees clearly, the oracle of one who hears the words of God, who has knowledge from the Most High, who sees a vision from the Almighty, who falls prostrate, and whose eyes are opened” (24:3-4, 15-16). He knows that he sees—and he knows that his seeing is sheer gift. His eyes have been opened by the One before whom he fell in humility and repentance, the One whom he continues to listen to and obey.

There’s hope for me in this story.

The God who seeks to bless also seeks to open eyes and to bring us all into both receiving that blessing and extending it to others.

And he can speak through any of us.

Even, when needed, through a donkey.

I’d forgotten, until I went looking for pictures for this post, that almost all donkeys have a cross on their back—a good reminder that when we are called to stand firm, to stop in the path, lie down, or take some other radical posture, we must ask for grace to do it as an act of love and humility, following the One who stood firm in the face of evil, laid down his life, and broke death’s sword that was raised against us.

P.S. I’ll be stepping away from the blog for a few weeks of vacation. Whatever your life looks like in these weeks, may you hear God’s heartbeat of love and grace. I look forward to seeing you back here as the calendar turns to September!

Tags: Balaam, canary in a coal mine, conflict, donkey, Numbers 22-24

What God does with your mistakes

How to break the power of shame