When he looks right through you 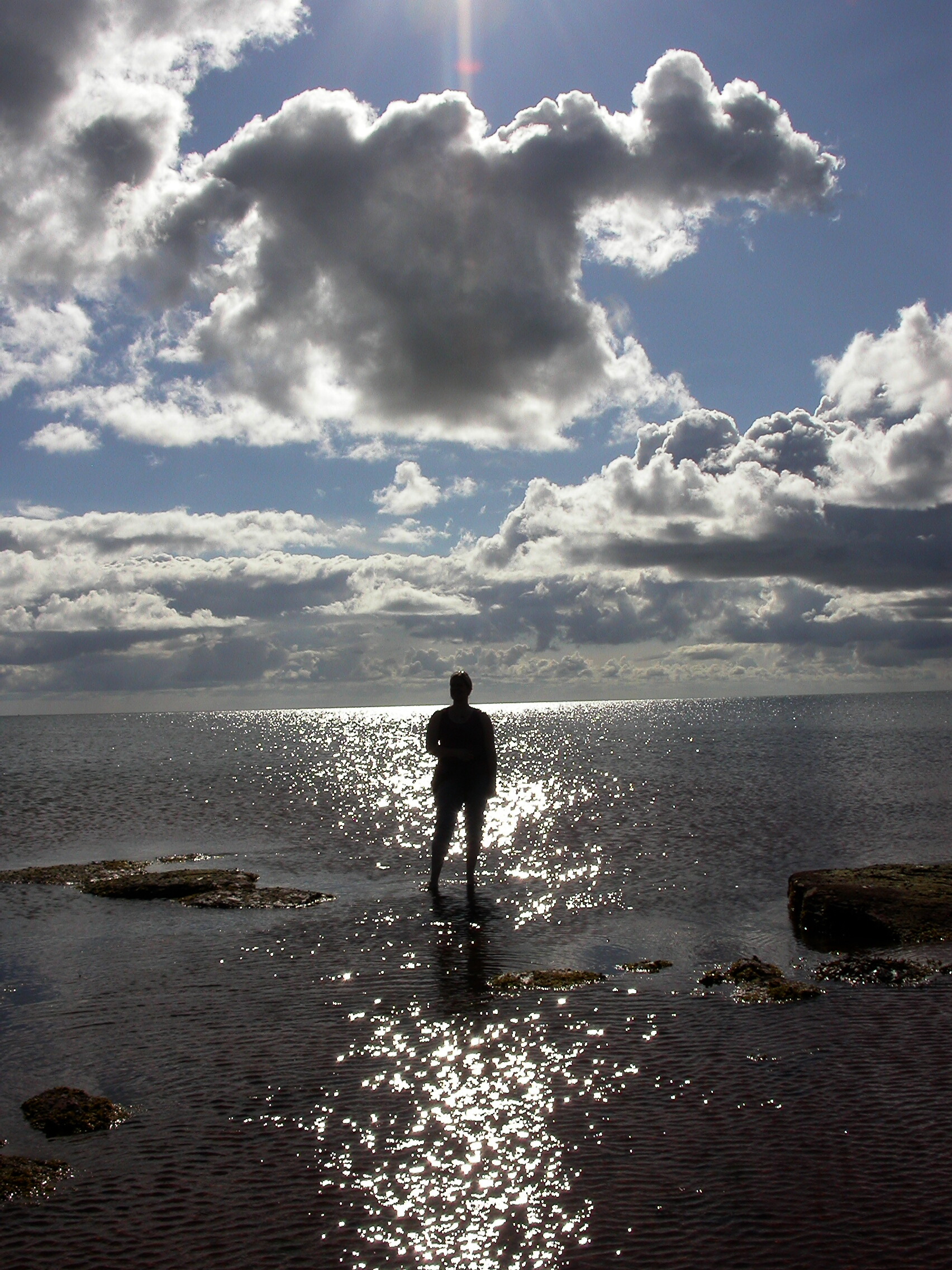 the opening of the heart to His love.”

It startles me, this new understanding, makes me aware again how close we tread to the edge of the impossible. I can hardly wait to share it with you, this mystery, but first, we must stop. Watch. Watch Him.

We sit cross-legged on mats on the floor, bodies crowded in next to each other. It is a full house today. The men sit on one side, women on the other, important folk on stone benches that line three sides of the room. Here and there a baby cries. People whisper, coming and going with toddlers. The whole community is gathered.

The meeting begins as usual: the blessings, the shema. “Hear, O Israel, the LORD our God, the LORD is one.” A reader rises from his place at the front, reads the designated passage from the books of Moses. Then comes the reading from the prophets. The passage is from Isaiah, Joseph’s son the designated reader. A fine young lad, he had been an active participant in our community since he reached the age of maturity at thirteen. Lately he has been away, travelling, but he has returned for his scheduled participation in the Sabbath readings.

He reads, his voice strong and confident. “The Spirit of the LORD is upon me because he has anointed me to bring good news to the poor. He has sent me to proclaim release to the captives and recovery of sight to the blind, to let the oppressed go free, to proclaim the year of the LORD’s favor.”

I love this passage, the eloquent articulation, the high ideals and lofty ideas. With the rest of the upright men in the community of the synagogue, I give to the poor. I stand for justice.

He sits. For a moment, the whispers are silenced, all eyes on him. The whole room seems to be sensing the beauty, the rightness of what has been read. For just a moment, we are united, drawn to this man and the vision he has articulated.

The silence is broken. There is a shuffling, a dis-ease creeping in. What does he mean? His confidence unsettles me. He’s grown up among us, the son of Joseph the carpenter. He seems to imply that that this Scripture applies to him in some special way. And yet he’s still little more than a lad, speaking to elders who have lived whole lives righteously, giving to the poor, keeping the fasts, offering the sacrifices.  My eyes creep to the faces of the few elders that I can see. Are they feeling the same discomfort that I feel? I think I see skepticism, an edge of righteous anger.

I am shaken. How can such a young man unsettle me so quickly? And just by reading Scripture?

I think it is his eyes. His gaze unsettles me, makes me feel naked, like he can see right through my carefully tended perfection.  I don’t like it. I want to hide. I had everything in order, all sorted and settled, neat and tidy. In his gaze I feel a spotlight turned on me, and all the dirt – dirt I didn’t even know was there – is revealed. Revealed so clearly that I can see nothing left of my perfectly groomed self. It lies in shards at my feet. I feel naked. Terrified by the exposure, by being found so much less than I considered myself to be.

I find myself crouching, cowering, my arms and legs folding in, trying to cover the places I wish to hide. I am repelled, angry. Who does he think he is? He’s just Joseph’s son, one of us. His words anger me more. “No prophet is welcome in his own town.” A prophet! I feel like shaking him, shouting at him to stop pretending to be greater than us. To be content with normalcy. To live the status quo. Or to get out. Go! Go! Go! And while you are going, stop looking at me. . . through me!

I tremble inside, surprised by how quickly he has unsettled me, wondering where my comfortable, presentable self has gone. I hope that when he leaves I’ll be able to pull myself together, to restore my self-image.

But I cannot forget. His razor-sharp gaze has shattered forever my carefully guarded self. I am exposed, defenseless. I cower and cringe by the door.

I can’t live this way. I shrink, I squirm. I struggle to breathe, the memory of his gaze like a skewer in my heart. His eyes! I can’t forget.

And so I choose not to. From my cowering, cringing position by the door, I walk through the story a second time.

Again children and knees, blessings and people walking in and out, heads held high,  occasional glances in my direction, an odd coin tossed into my lap.

I can’t see the platform, but I can hear the moment of silence as someone steps to the front. I know the pattern know. It is years I have sat at this doorway. I used to sit with the others, but that was long ago. Before everything. I still remember, though. I can picture the reader reaching for the scroll, finding the passage. Who is it this week? Which voice? It sounds vaguely familiar. Have I heard it before? Ah, yes, it must be Joseph’s son, the voice young and strong. Resolute. He’s just back from a journey. His voice sounds different. More powerful, authoritative, somehow. Yet gentle. Gracious.

His words startle me. I have heard them before, but they sound new from his mouth. “This Spirit of the LORD is upon me because he has anointed me to bring good news to those who cower and cringe. He has sent me to proclaim release to the captives and recovery of sight to the blind, to let the oppressed go free, to proclaim the year of the LORD’s favor.”

A glimmer of hope flickers briefly, but my heart is battered and bruised and afraid to hope again.

They chase him from the synagogue. I am sad to see him go. I thought for a moment things might be different for me. And maybe. . . maybe someday they will.

I won’t forget his eyes. As he left the building, he looked at me. Not down at me like the others. Into me. As though he saw past the rags. For the briefest of moments his gaze held mine. It was only a moment, but it seemed to last forever. I felt. . . known. Known and honored. As though he saw something of value beneath my rags. Something no one else sees. Something I don’t see. I know this sounds crazy, but it was almost . . . almost as though he saw himself in me. Or saw me as I could be. Or maybe those are two ways of saying the same thing.

I wanted him to look and look and to teach me to see too. I wanted my identity of rags to be consumed by his gaze of fiery compassion. I wanted him to hold my gaze forever. Oh, Jesus, stay!  Keep looking at me, into me!