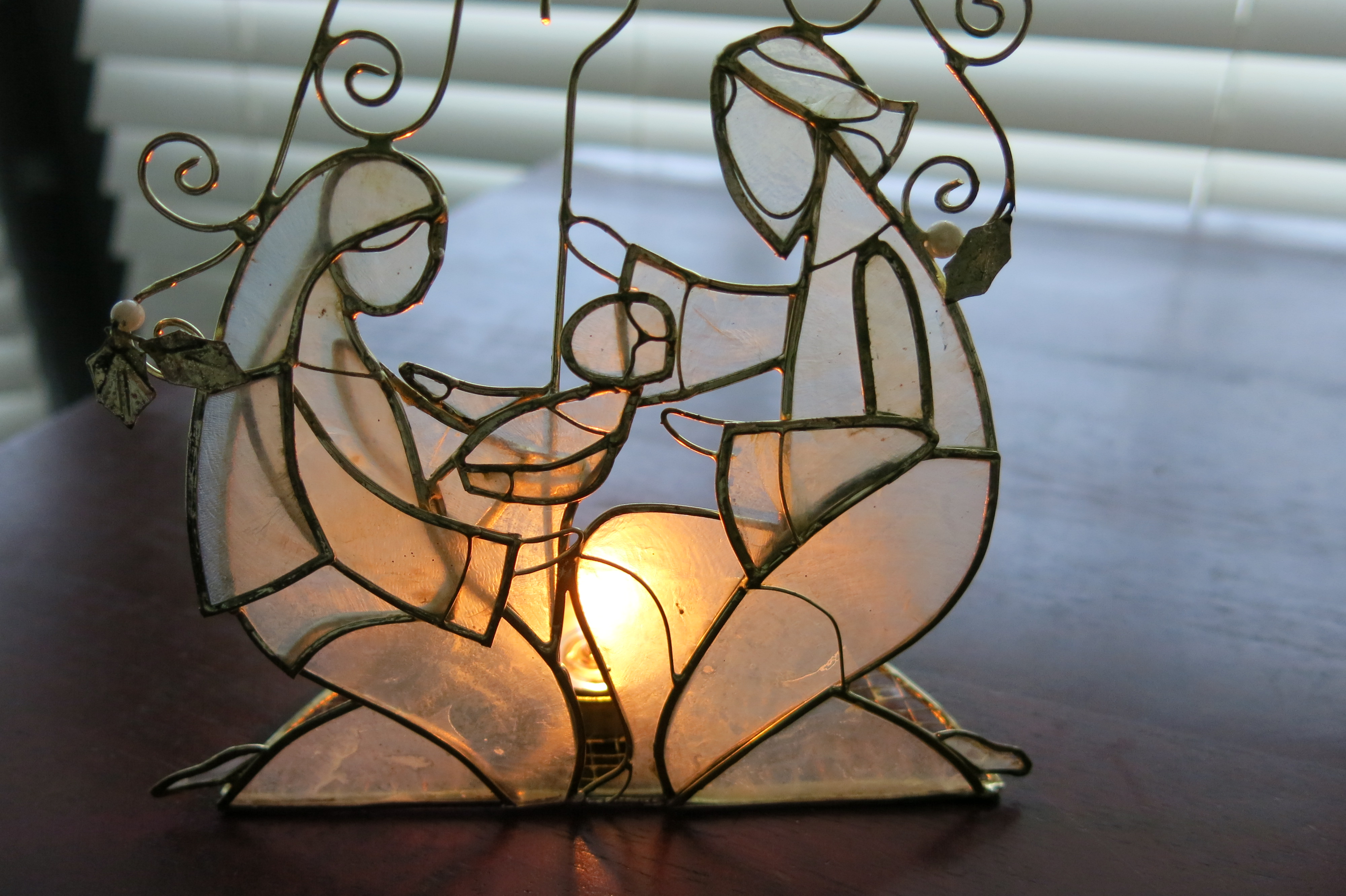 It was two nights before Christmas and I’d slipped into my common refrain of wishing I had a better self to offer Jesus—less fearful, less selfish, better able to trust. I didn’t sing that refrain long, though, because I let the thoughts become a conversation with Jesus, and he has a way of speaking into these conversations exactly what I need to hear.
So I told Jesus that I wished I had a better self to offer him, but I didn’t have a better self, and I couldn’t seem to make the self I do have better, so I was offering him again the only thing I have to offer (which just happens to be the thing he really wants)—my real self. I told him that even though I sometimes hold back in fear or selfishness or pride, the deeper part of me longs for him to be at home in me and to live his life out in and through me. Peace began to creep in, as though that deeper part of me sensed that Jesus had accepted my ongoing welcome and was loving me in it. And then the thought came, and with it, tears:
Jesus was born in a stable.
The warm, though prickly, straw of the manger welcomed him, the gentle lowing of cattle sung him to sleep, the breath and bodies of animals warmed the space in which he was born. And those same animals dropped pungent cow pies and sheep dung and wakened him with their noise just after his mama had finally rocked him to sleep.
Jesus’ newborn lungs first gasped air thick with the scent of dung.
He made his first home, as he’s made every earthly home since, where homely welcome and glimpses of earthy holiness sat side by side with all manner of things that irritate and smell and need to be disposed of.
Jesus is no stranger to mess. He is not afraid of my brokenness, not ashamed of my sin. He has breathed it in, carried it inside himself all the way to death, then come out the other side having left sin and its consequences gasping their final death-rattling breaths in the grave.
Jesus just asks for a stable. He can be born just as well in a stable as in a sterile delivery room—thankfully, since I for one do not have a sterile delivery room to offer him. He just asks for a welcoming stable, and his presence, as he grows there, slowly turns it into a clean and beautiful home.

Why you can stop fearing failure – part II

Walking the Way of Delight