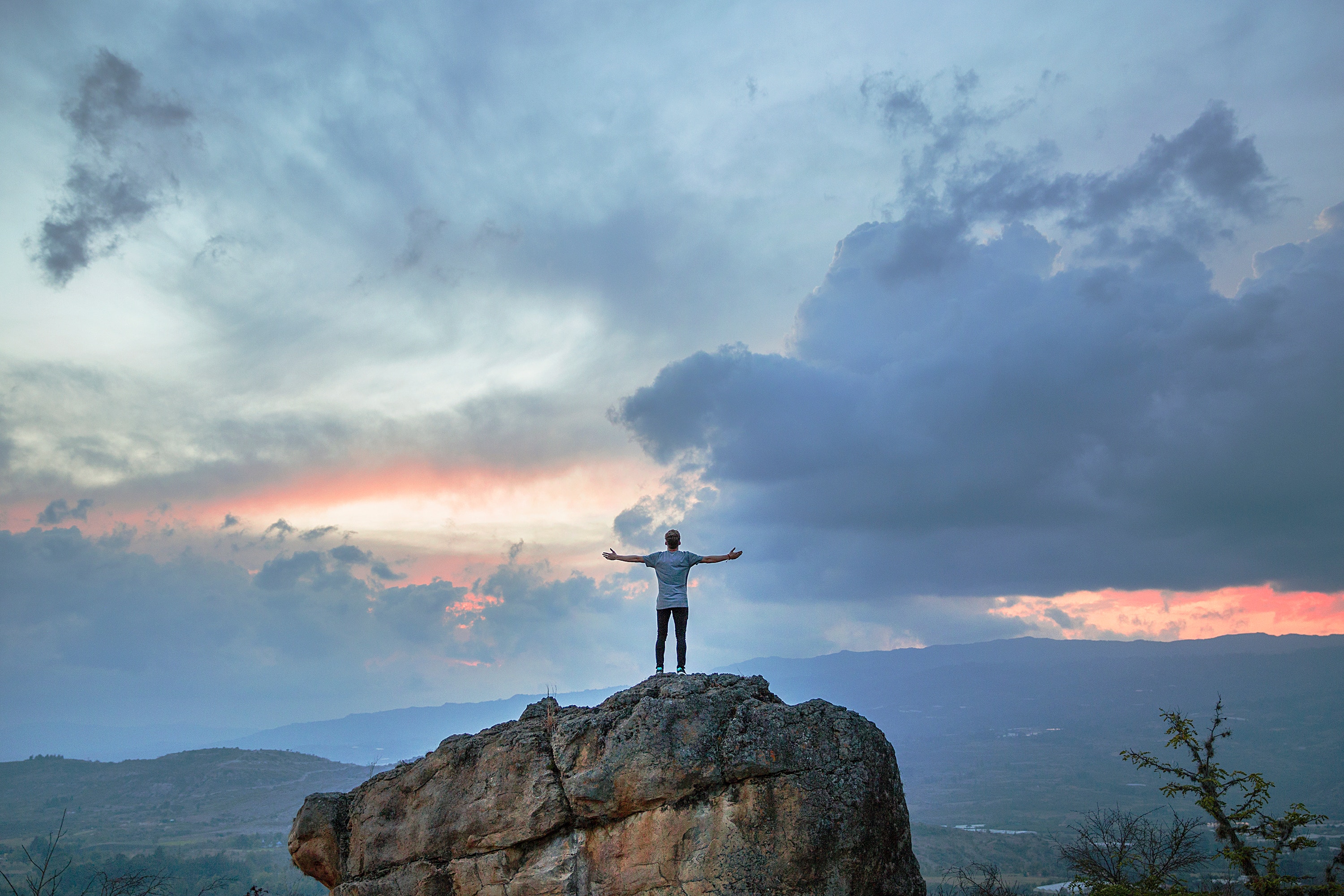 “You’ve got a problem, God. What are you going to do about it? I’m available to help if you want my help.” Several years ago, a friend told me of hearing the leader of a large and flourishing ministry in India say that when a problem arose, this was how he responded. I haven’t forgotten it. In a way that I’ve seldom seen, he modeled boundaries even in his relationship with God. He didn’t forget that the ministry was God’s work, not his. He was available to do whatever part God gave him to do, and he worked hard and with great love, but he refused to carry weight that was not his to carry.
I’ve been thinking a lot about this kind of fearless directness with God as I’ve been reading Ruth Haley Barton’s wonderful book, Strengthening the Soul of Your Leadership: Seeking God in the Crucible of Ministry. In it, she weaves profound insights from the life of Moses with modern day stories and prayer practices, helping us learn to live the truth that genuine Christian leadership can only be sustained by a life deeply rooted in God.
As I’ve read her book, I’ve been struck by the many remarkably honest conversations between Moses and God. One of those conversations was in Numbers 11 when the people of Israel whom Moses had been leading for so long were yet again complaining.

“The burden of leadership had become too much, and Moses did what he always did: he went marching into God’s presence to tell him that he just could not go on this way.
At first he blustered, accusing God of giving him more than he could bear. He even resorted to throwing out cynical rhetorical questions. ‘Did I give birth to them, that you should say to me, ‘Carry them in your bosom, as a nurse carries a sucking child?’” (v. 12). But cynicism and anger were just a cover for the more tender emotions of sadness, despair and loneliness. Eventually Moses got to the heart of his frustration and despair and said, I give up. ‘I am not able to carry all this people alone, for they are too heavy for me. If this is the way you are going to treat me, put me to death at once’ (vv. 14-15).
This was an extreme statement, to be sure, but it brims with such unedited honesty and truth that one has to at least admire Moses for saying it. And it definitely took the conversation where it needed to go. Moses’ ability to be honest about his desolation brought him to the end of his self-reliance, which in turn opened up space for God to be at work.” (Ruth Haley Barton, Strengthening. . ., 169-170)

At first this kind of “talking back” to God, in addition to feeling somehow freeing, felt jarring, almost rude. (Okay, more than almost.) How, I wondered, does arguing with God fit with abiding in the vine, or with submission and obedience and taking up your cross? How do we live the truth of our oneness with God through Jesus while wrestling openly with God?
Well, there’s this:
Deepening intimacy invites deepening honesty, and the deepest of honesty doesn’t stop to ponder how to word things politely. It trusts enough to pour out the pain.
And maybe the truth of our oneness with him is part of what holds open space for this kind of honesty. If we already know we are safely and eternally welcomed and held, maybe we can stop fearing the aloneness that for many of us is a reason we avoid conflict, and dare to be honest with God. (Or, to say it another way, surrendering to God is first of all about surrendering to love, stepping deeper and deeper into relationship and the honesty that entails, and accepting a call to a particular task flows out of that.)
And maybe, in Jacob and Job, the Psalmists and Jesus, we’ve been given plenty of examples of wrestling with God because God knew it would be hard for some of us to go there, and wanted us to know it is not only safe, but a (perhaps essential?) part of the journey into deeper trust and the freedom to get on with living our calling at each stage of life.

“Jesus himself used his solitude in the Garden of Gethsemane to wrestle with God about whether there was another way for him to fulfill his calling than the hard road of the cross. All of his life he had known what he was on earth to do, but when it was time to walk all the way into it, he had a few things he needed to say to God about it. He stayed in that garden until he knew for sure that this was God’s way for him—until he had really come to terms with it—and then he emerged to walk the path that was laid out for him. Perhaps this kind of passage is characteristic of all true calls. There is a difference between knowing your path and walking your path.” (Ibid, 82)

Photo by Joshua Earle on Unsplash

Christ in you: when life gets messy

For the long, busy days