When you're waiting (and when the waiting's over) 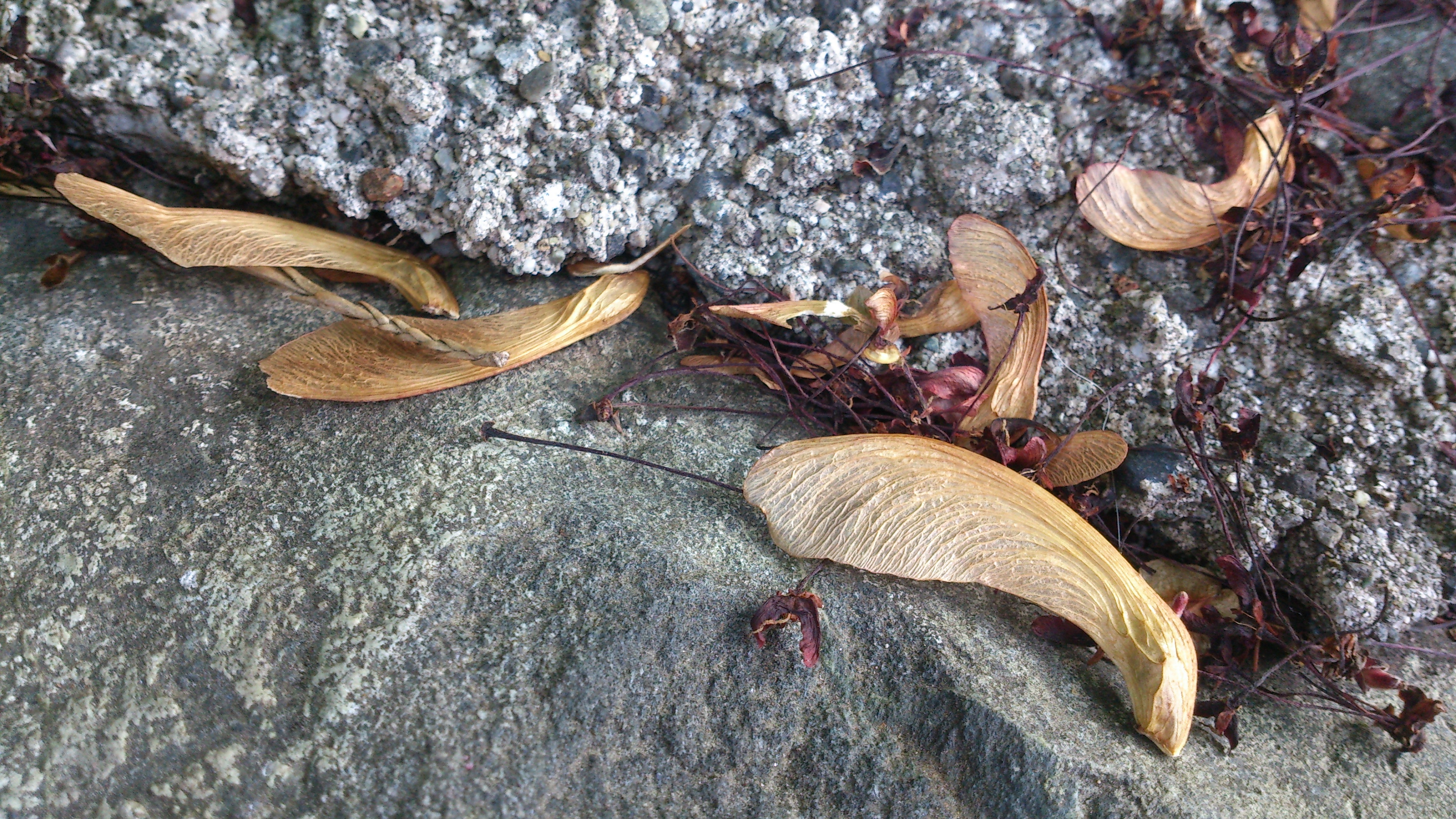 I checked my email too many times on Saturday, waiting for the results of the contest. I'd been shortlisted. Would my manuscript make the final cut? Was it going to be published?
Maple keys, fallen, waited on the stony ground where I stopped my morning run to stretch. Paused, there, in that middle place, the keys are no longer attached to their former life, but not yet given ground to sprout into their new life. They don't even know, for sure, if they will be given that ground, or if this middle place of waiting and being held in existence by the One in whom all things hold together will be their long-term life. 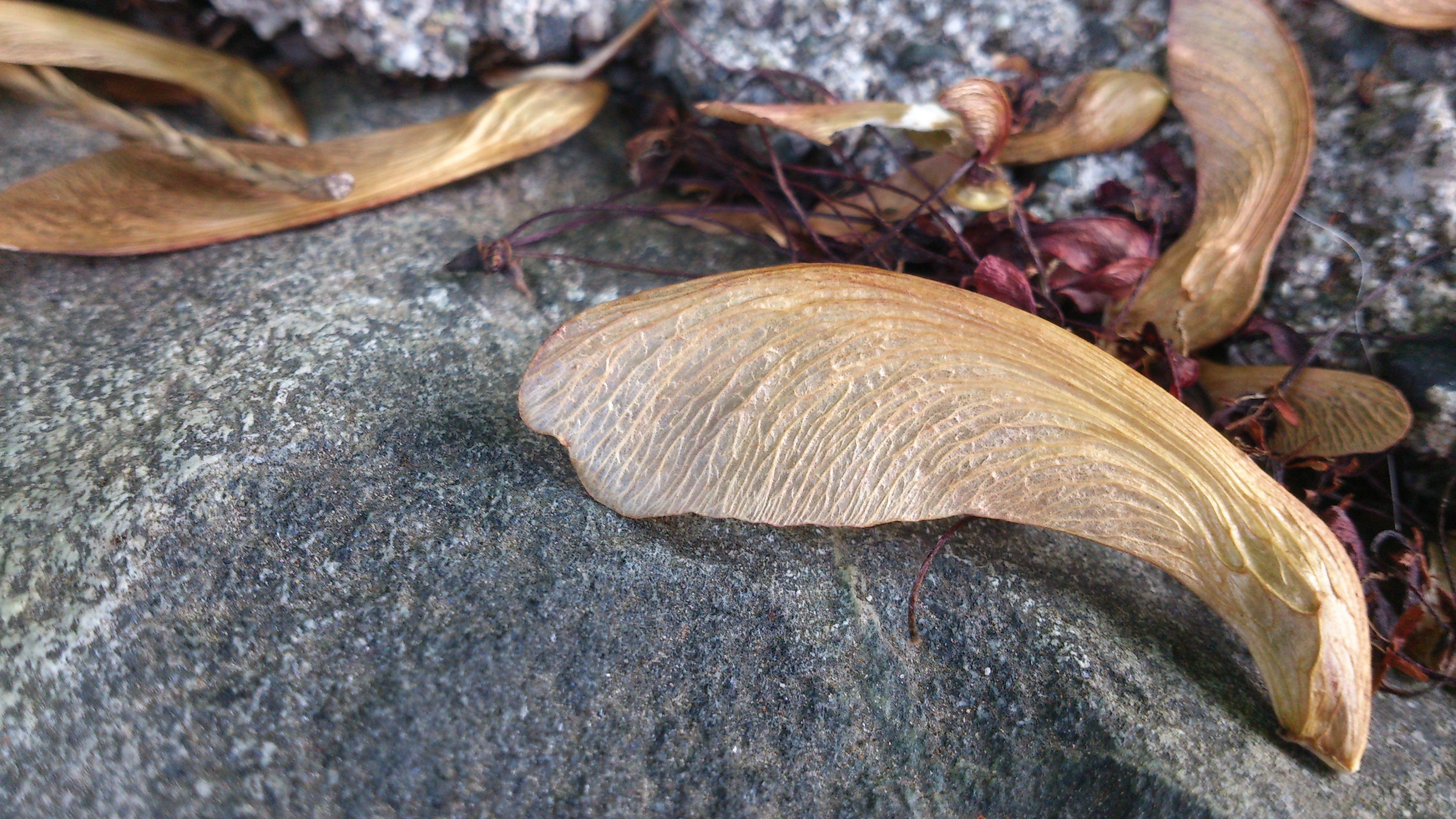 They looked more than a seed lying there, tiny, fragile animals, almost, with mouth and eye and a single translucent wing laced with a mesh of finely-woven veins. I wanted to pick them up, to touch them gently, to reassure them it would be okay, they would have their turn to finish the process of falling, of dying into the darkness of the earth and being born into new life, in their time bearing thousands, hundreds of thousands, of keys, each carrying the potential for new life within it, each aching for that bit of earth that would let them be blessed and broken and given.
In God’s economy, waiting, like pain, is not a waste, but an opportunity—the place where new life is nourished, love learned, and surrender can take root a little more deeply.
“How are you doing in the waiting?” a friend asked at the end of the day when I let her know I still hadn’t heard the results of the contest. I loved it that I could respond, in all honesty, “Actually, I’m fine. Even delighting in God’s timing in it all." It had been a lovely day, a day of coming close and reading and listening and of being a bit or a lot awestruck by something new God was opening up for me about his love—another piece for the new book I’m working on. At the time, it helped me realize that if he loves me like that I really can trust him to look after me no matter how these coming months unfold, including in the results of the contest and all that that does or doesn’t open up. Later, I realized that being given the next piece for my new book held echoes for me of Is 41:

"But you, O Israel, my servant, Jacob, whom I have chosen, you descendants of Abraham my friend, I took you from the ends of the earth, from its farther corners I called you. I said, 'You are my servant, I have chosen you and have not rejected you.'

Whether or not I won the contest, whether or not other people chose me, I had already been loved and chosen, and I wasn't being un-chosen. God was, at one and the same time, loving me by sharing a breath-taking glimpse of his love for me, and loving me by giving me the next bit for the next book, assuring me that I hadn't lost my job. I was still wanted and chosen and given important work to do with him, even if the process didn't unfold quite the way I would have planned.
It felt, that day, like the results of the contest hardly mattered. I was still curious and still hoping, but also trusting. I knew God had it and I knew he had me, and no matter what came I was loved and cherished and safe.
The day after I heard that I hadn't been chosen, though, I felt sad, and wrestled with what felt like tension between disappointment and trust. If I feel disappointed, does it mean I don't trust? No, I realized all over again, it just means I'm human. Trust doesn't mean that I won't have the whole range of human emotions. Trust means bringing all those feelings to God, confident that he can handle—and even delight in—being with me in the ups and the downs of the journey.
"But I had hoped. . ." As I prayed the words, my own words, I realized that I'd heard them before. On the road to Emmaus. When Jesus invited the grieving travellers to tell him their disappointment. "But we had hoped." The words come right in the middle of their story—right after they've told how the loved and respected prophet Jesus had been crucified, and right before they mention how confused they were by the women's story of the angels and the empty tomb. "But we had hoped"—their perspective was the hinge that kept them in their sadness even while all the pieces of the incomprehensible story—which turned out to be a story of breath-taking love and hope-giving victory—were coming out of their own mouths. And speaking that perspective to Jesus, and walking with him, and listening to him, and inviting him into their home, was the hinge that finally let their sadness turn to amazement and their confusion to lightness and joy.
There's an invitation in disappointment, and it's not to push it aside. It's to bring it to Jesus, to accept his welcome to tell him my sadness, and, whether or not he explains all the details, to receive the comfort of his loving presence and perspective. 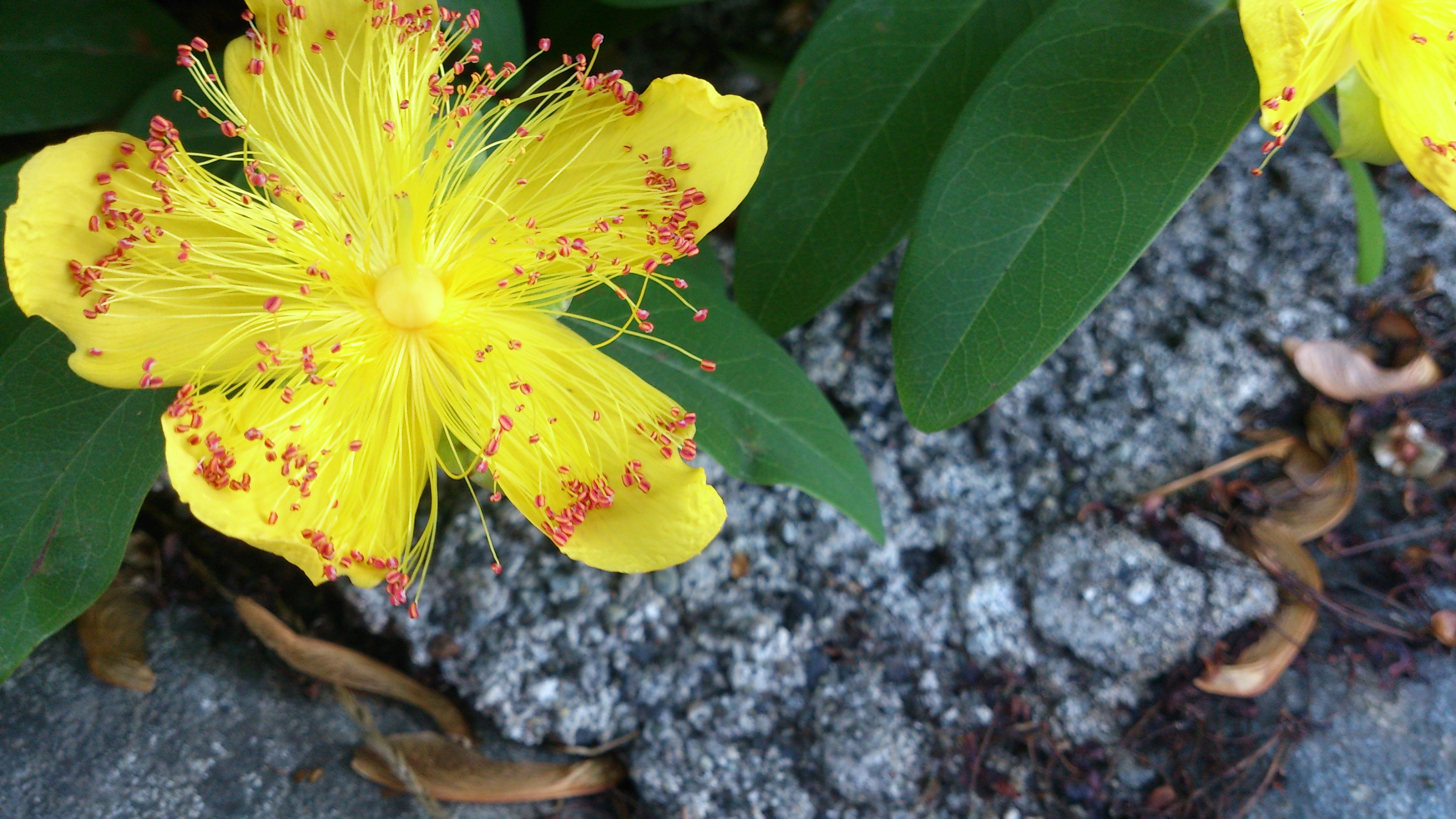 The maple keys still lie on their rocky bed, waiting their time. Beside them, the St. John’s Wort, at home in its sandy soil, is starting to open. Dozens of upturned faces reflect back the sun’s glory, red-tipped stamens splayed wide like a spray of fireworks or a celebratory pom-pom. The God who loves like this, who meets us in the waiting and the sadness and makes it a place of encounter and transformation—He is worth celebrating. 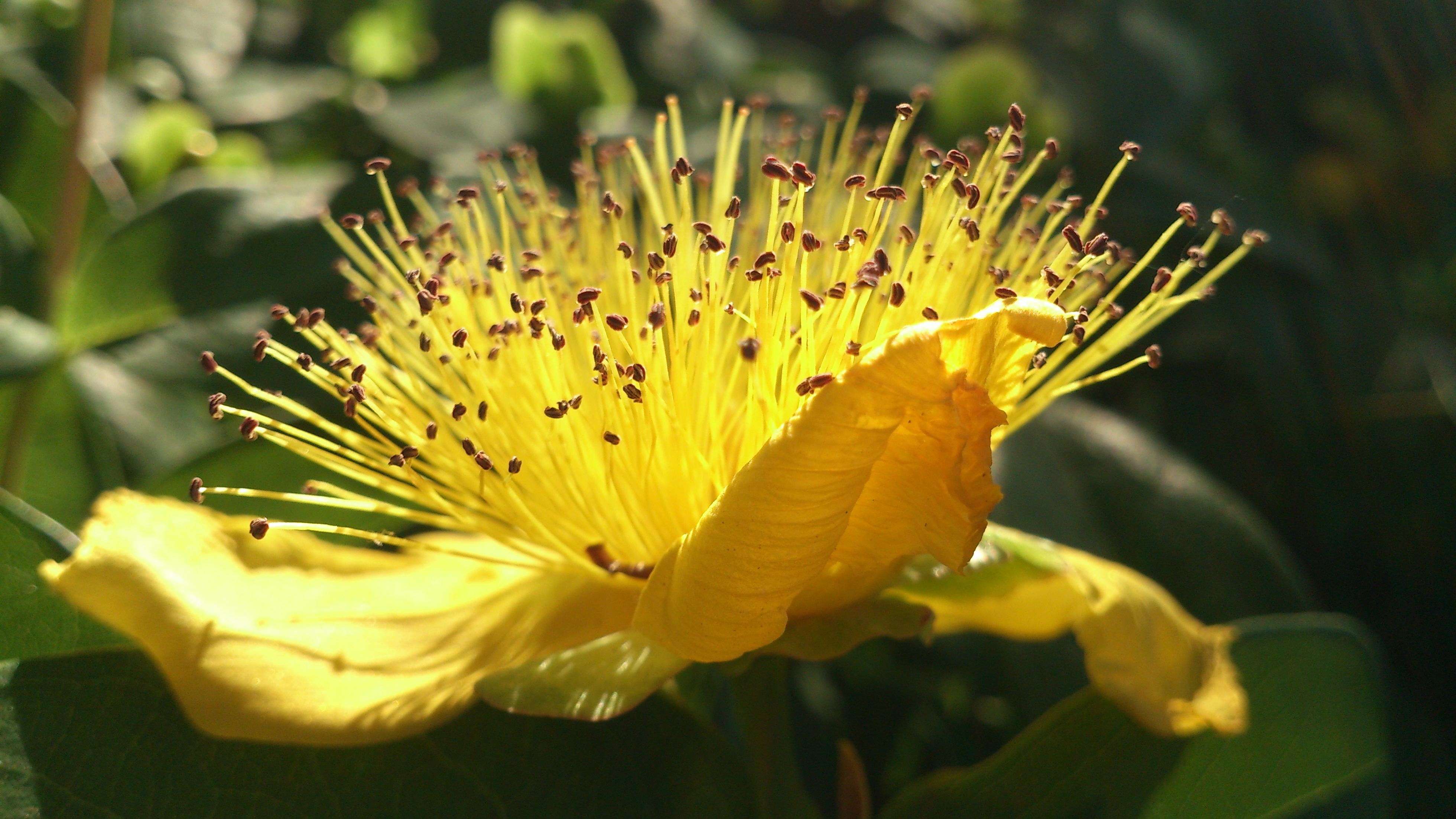 “And all of us, with our unveiled faces like mirrors reflecting the glory of the Lord, are being transformed into the image that we reflect in brighter and brighter glory; this is the working of the Lord who is the Spirit.” (2 Corinthians 3:18 New Jerusalem Bible)