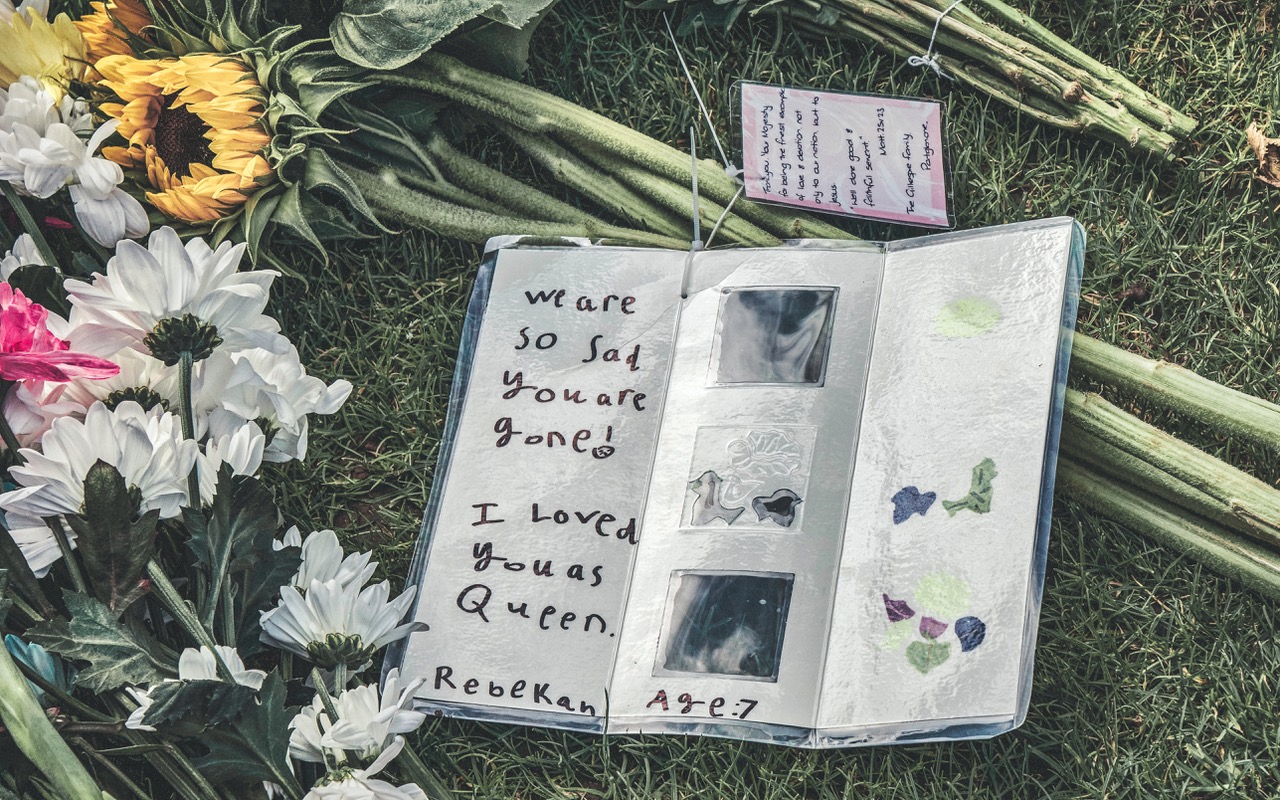 A week ago, millions around the world paused to celebrate the life and mourn the death of Queen Elizabeth II.

I listened as reporters in London asked officials and ordinary people, young sailors who would be pulling the gun carriage with the coffin and older people who had interacted with the Queen through the years, what being present on this day meant to them. One woman said this day was like nothing else, more significant even than the day she gave birth to her children. Others gave tributes to the queen’s character. But people seemed to struggle to find words adequate to express the emotions and significance of the day. Words were simply too small and flat for the deeper mystery we were touching that begged to be acknowledged.

I, too, have wrestled all week to put my finger on what I sensed in those hours that drew me in and demanded not just to be acknowledged but to be entered.

There was, of course, the grave solemnity of death itself, and in particular of the death of a queen both loved and respected, one who had carried the crown and its responsibilities with the steady grace befitting it. Hearing of her life, lived well to the end, I felt again the call to a life of faithfulness myself.

There was the breathtaking majesty of the surroundings: the drums and bagpipes, and every soldier marching in perfect formation; the red, black and gold of dress uniforms; the rose windows and flying buttresses of Westminster Abbey soaring to the highest Gothic vault in England.

Then, too, the close-up images of the crown, the orb, and the scepter with all the weight of authority that they carried and awe that they inspired.

Voices blended in harmony around hymns sung through centuries, each hymn carrying its own layers of memories and significance embroidered into a rich tapestry over the years.

Scriptures were read and truth spoken, all of this majesty and humility, life and death, linked to the grand story that lies behind and within our everyday reality, whether we know it or not. There was authority and goodness and beauty, centuries of tradition and solid stone, color and sound, silence and singing, and the solidity that comes with all that, even in the face of death. In the midst of such change as the loss of a monarch who has been Queen for seventy years, a deeper foundation was revealed that lay beneath all that had been good and true and solid about her reign.

Our End and Our Beginning

We seldom see such a combination of authority and goodness, the humble acceptance of power and the gentle, faithful, use of it not for her own good but for the good of the world. And we hunger for it. We may not be able to name what it is that we see or feel, but we recognize the authority that comes not just from title or power but from the wise and humble use of them for the good of the world. We recognize it, even when echoed in human form, because it speaks of both our end and our beginning:

We are made by a King, to share in his unfailing kingdom.

We are shaped by the Beautiful One, made beautiful ourselves, to be part of eternal beauty.

We are loved by the Gracious One, the Righteous One, the One who is in the process of making us righteous through his grace.

Several times in the funeral and committal services, the words were spoken: “Our sister, Elizabeth.”

Here, in death, we are leveled. And not only leveled downward—a queen shown to be mortal—but upward.

We are, in Christ, both small and great. Subjects of the King of the universe, called to humility, obedience and awe. Frail and temporary like flowers, or grass or a mist. “Our sister Elizabeth”—come from dust and returning to dust.

And we are also heirs with Christ, called to participate with him in his justice- and grace-filled shalom-making rule. Given real authority and entrusted with realms to steward, whether they be a third of the world’s population, or a toddler, a blog post, or simply the body and soul in which we live. Elizabeth, our sister. And, more, Christ, our brother.

Might it be that a life well-lived requires holding both our smallness and our greatness together, living both at the same time? Becoming humble enough to celebrate our smallness and rest in the safe embrace of the One who delights in his children, while also stepping wholly and with confidence into the work to which we are called?

There’s one more thing worth noticing here, I think. We saw this beauty, we felt the grief and the longing and the tug toward faithfulness partly because we were in the presence of great beauty, partly because of the songs sung and the Scriptures read. But we saw and heard and felt, too, because we slowed to look.

People stood in line for a dozen hours for a few moments beside a coffin. They filed in early to the service and sat in silence in a place of majesty. Even online, while a few videos tried to condense the funeral into four-minute clips—“The Most Heart-Wrenching Moments from the Queen’s Funeral”—(and, in my opinion, failed to catch anything of the depth that was there), we were also given the opportunity to watch nine hours of slowly unfolding drama. Together, people stood in silence, heads bowed. Together, we slowed, stopped, listened and watched.

The sacredness drew us to slow, and the slowing offered space to notice, to feel, to be present in ways we usually aren’t when, as Malcolm Guite writes,

“. . .all the world is rushing everywhere,

This way and that before the winds of fear,

Between false hopes and premature despair.”

Perhaps I noticed the slowing more because I’ve recently read Ruth Haley Barton’s beautiful soon-to-be-released book, Embracing Rhythms of Work and Rest: From Sabbath to Sabbatical and Back Again.

I’ll share more from the book soon, but for now let me wonder with you whether, just as the slowly unfolding pace of the Queen’s funeral helped us open to the majesty and mystery of the larger story we are in, Sabbath might offer a rhythm that helps us live both our smallness and our greatness.

Might keeping Sabbath be a practice of humility and trust as we humbly acknowledge our human limitations and our need for rest, choosing to receive our Father’s loving provision? And might it be, at the same time, a way of living our greatness and our leadership, resisting the culture that insists that we are only as valuable as what we produce?

We, friends, are small, and safe in our smallness, held and loved by a Father who delights in his children and has compassion on us (Isaiah 41:8-14; 46:3-4; Psalm 103). And we are being made great by God’s love, called daily to share in his life and work in the world.

Trust with me, will you, and let Jesus settle us a little more deeply into his love as we listen to him say, “Do not be afraid, little flock, for your Father has been pleased to give you the kingdom” (Luke 12:32)?

What is Lent really about?

Echoes and invitations as we start this season